This year's Shakespeare production was a famous play with a different twist. Paula, her sidekick John Andrews, and the cast decided to turn to film this time. 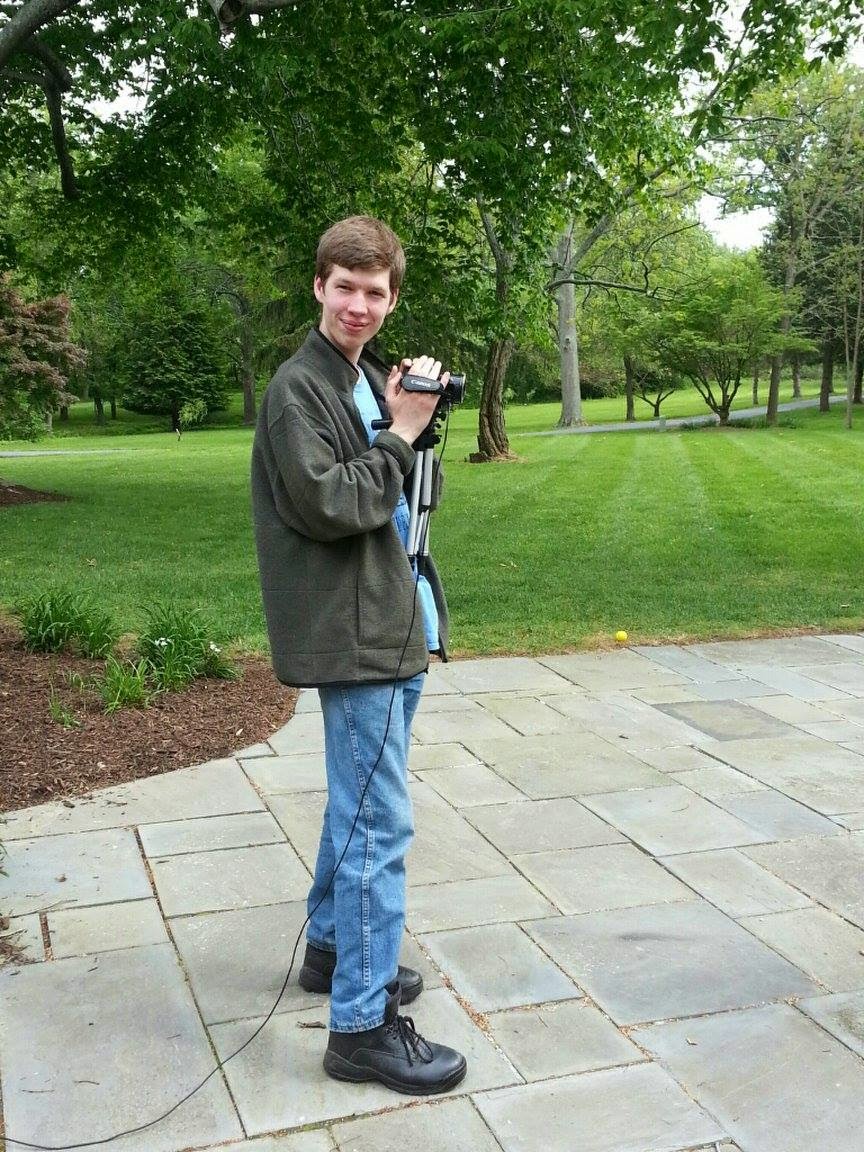 I think that many of the kids, and certainly the directors, thought that they had bitten off way more than they could chew about the middle of July, but it is going to be a fantastic accomplishment once it's finished.
They have been all over two states and several counties.
The locations have been historical and an education in themselves!

They have filmed at Tudor Hall in Bel Air... 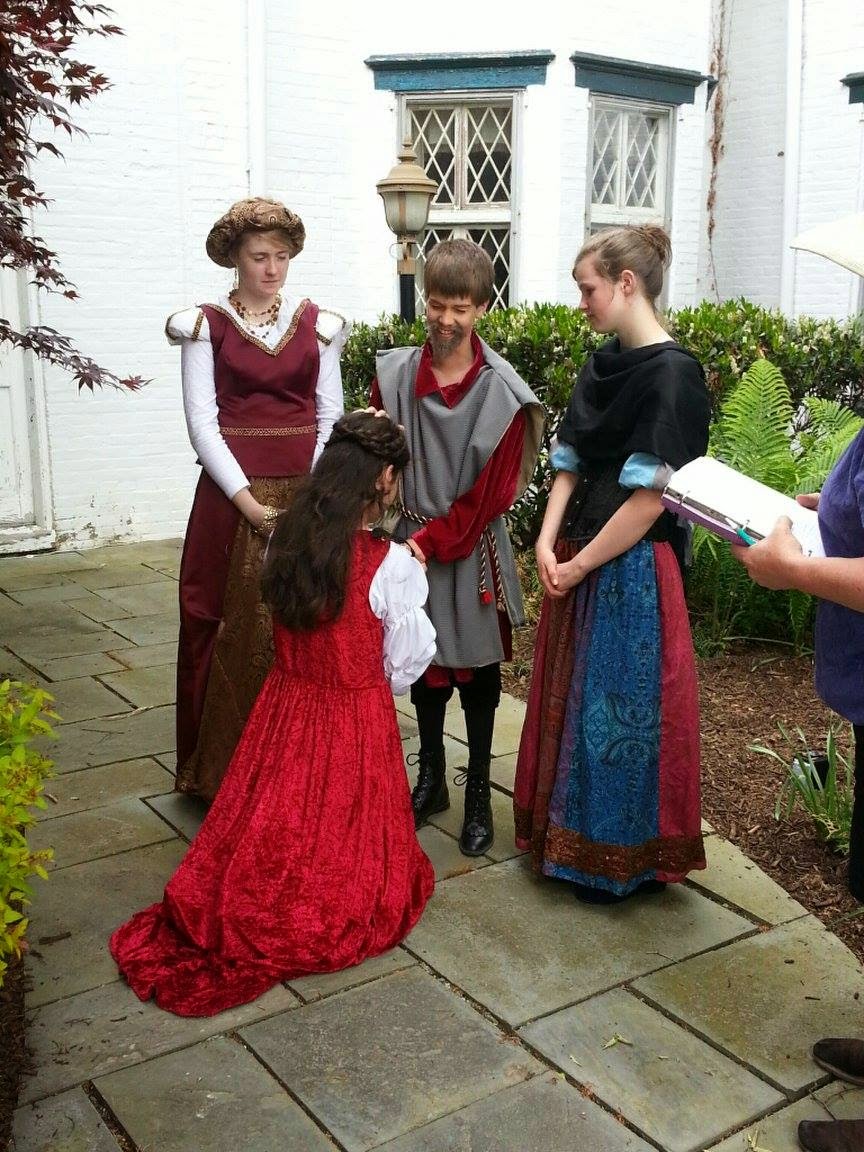 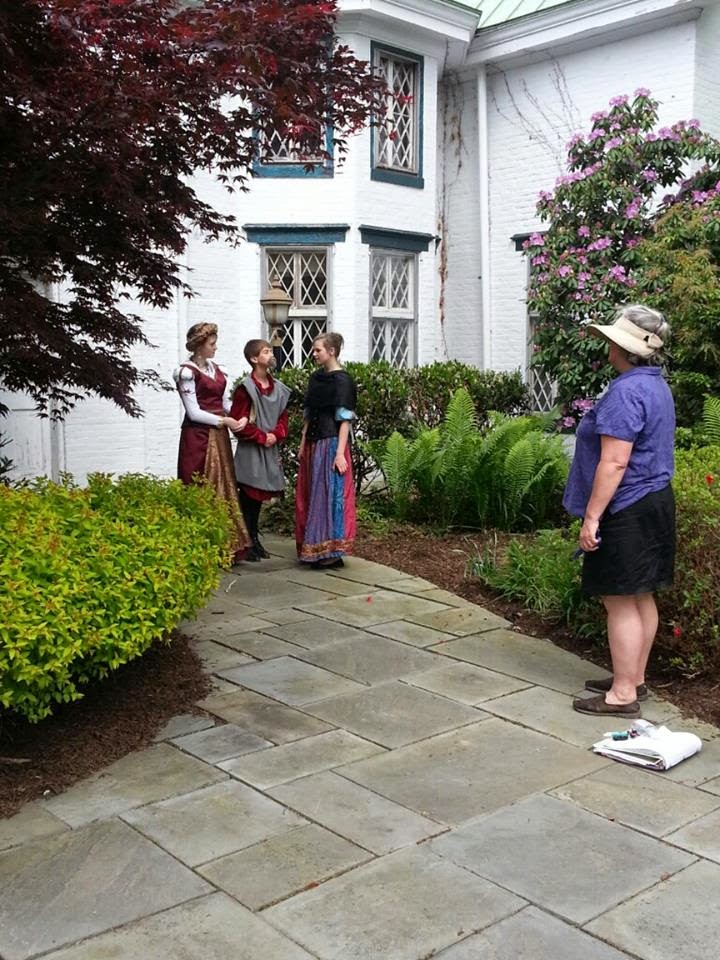 An ancient barn on an historic farm that The Balint family is blessed to be living on... 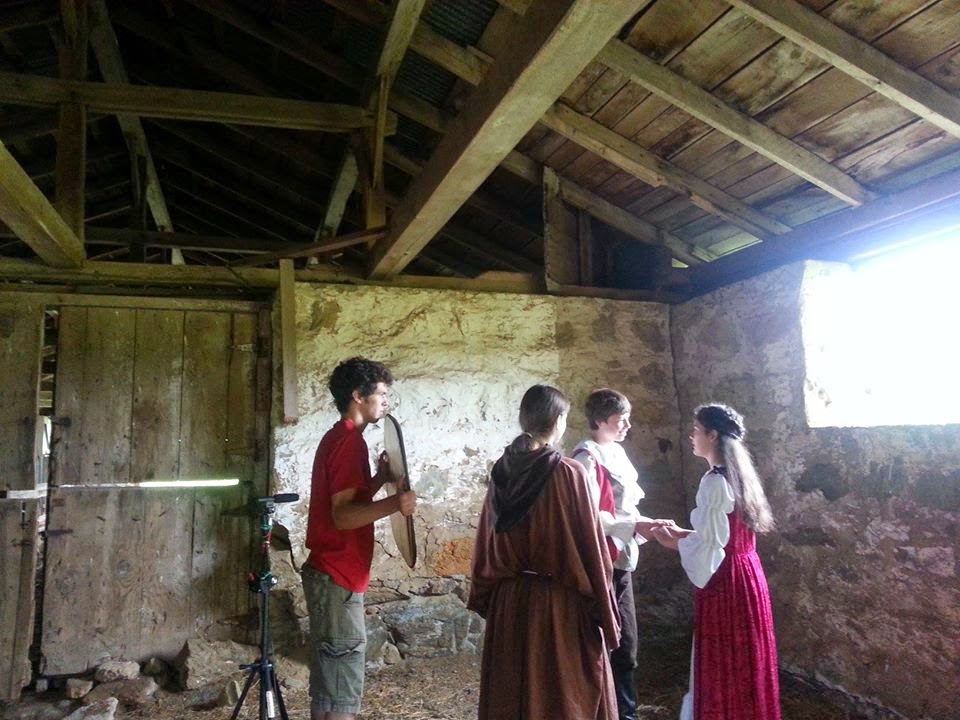 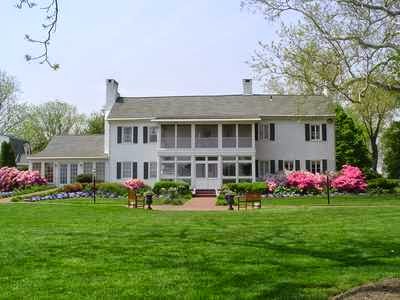 A very old church at Old Bohemia near Warwick, MD.... 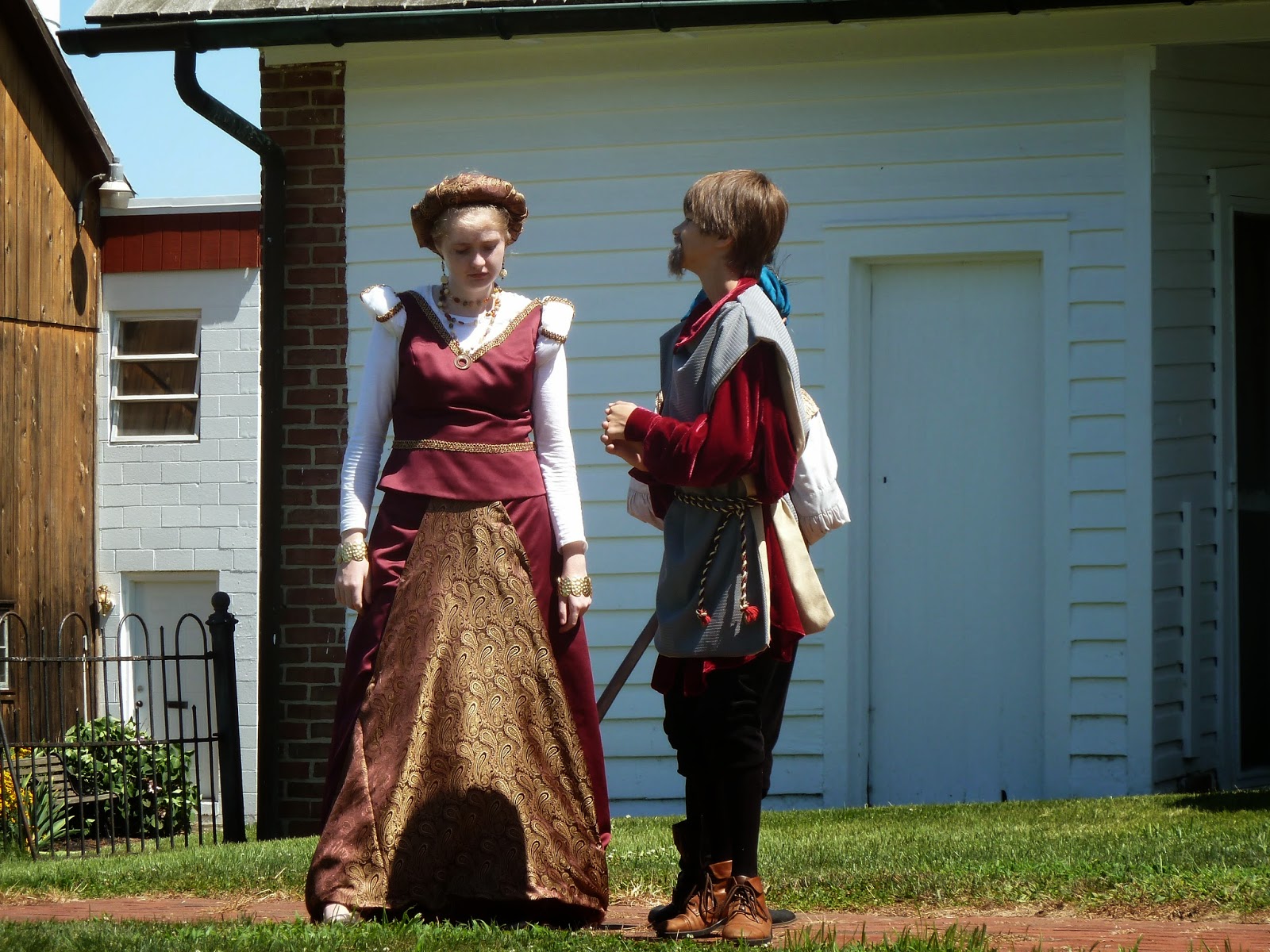 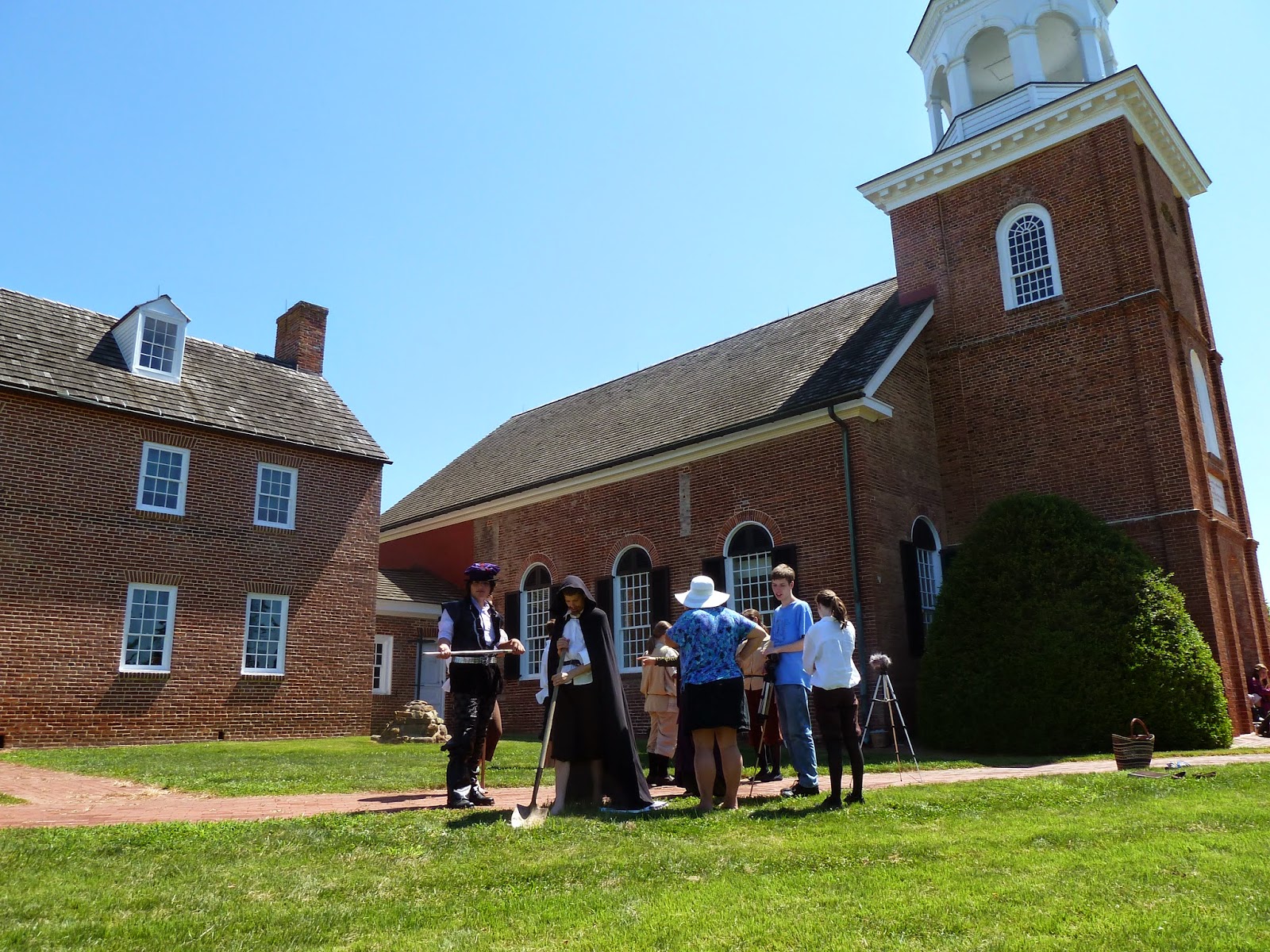 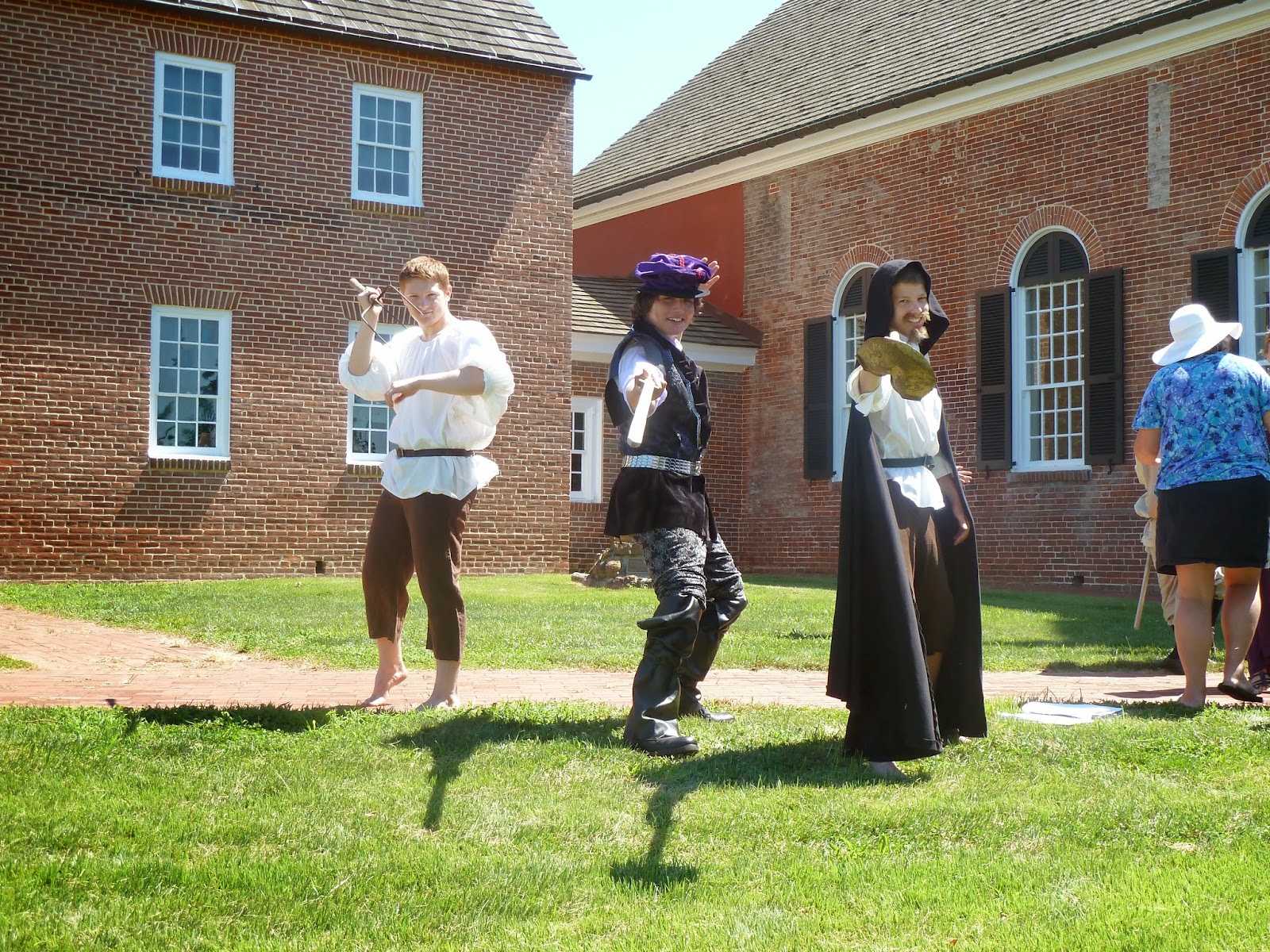 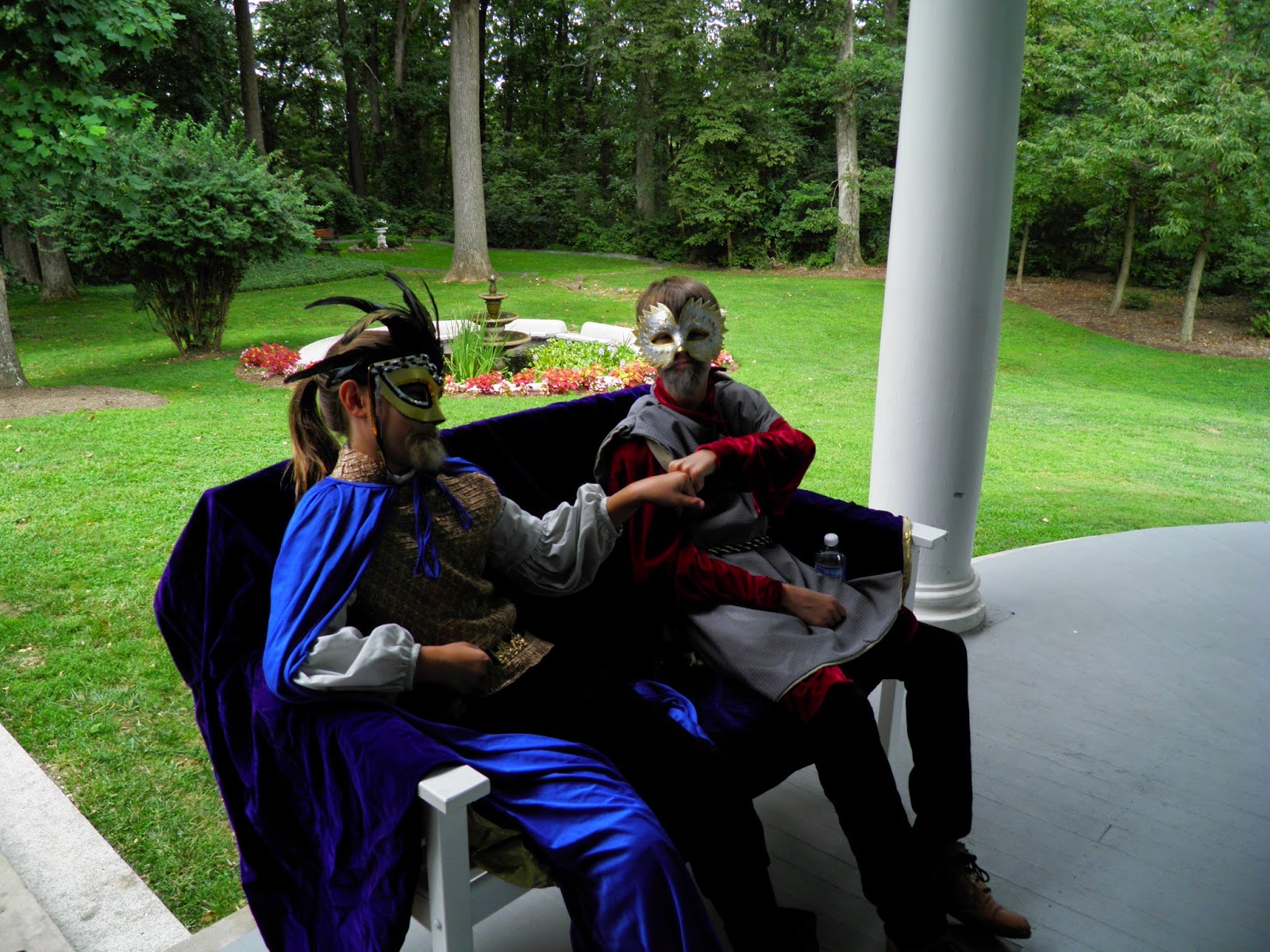 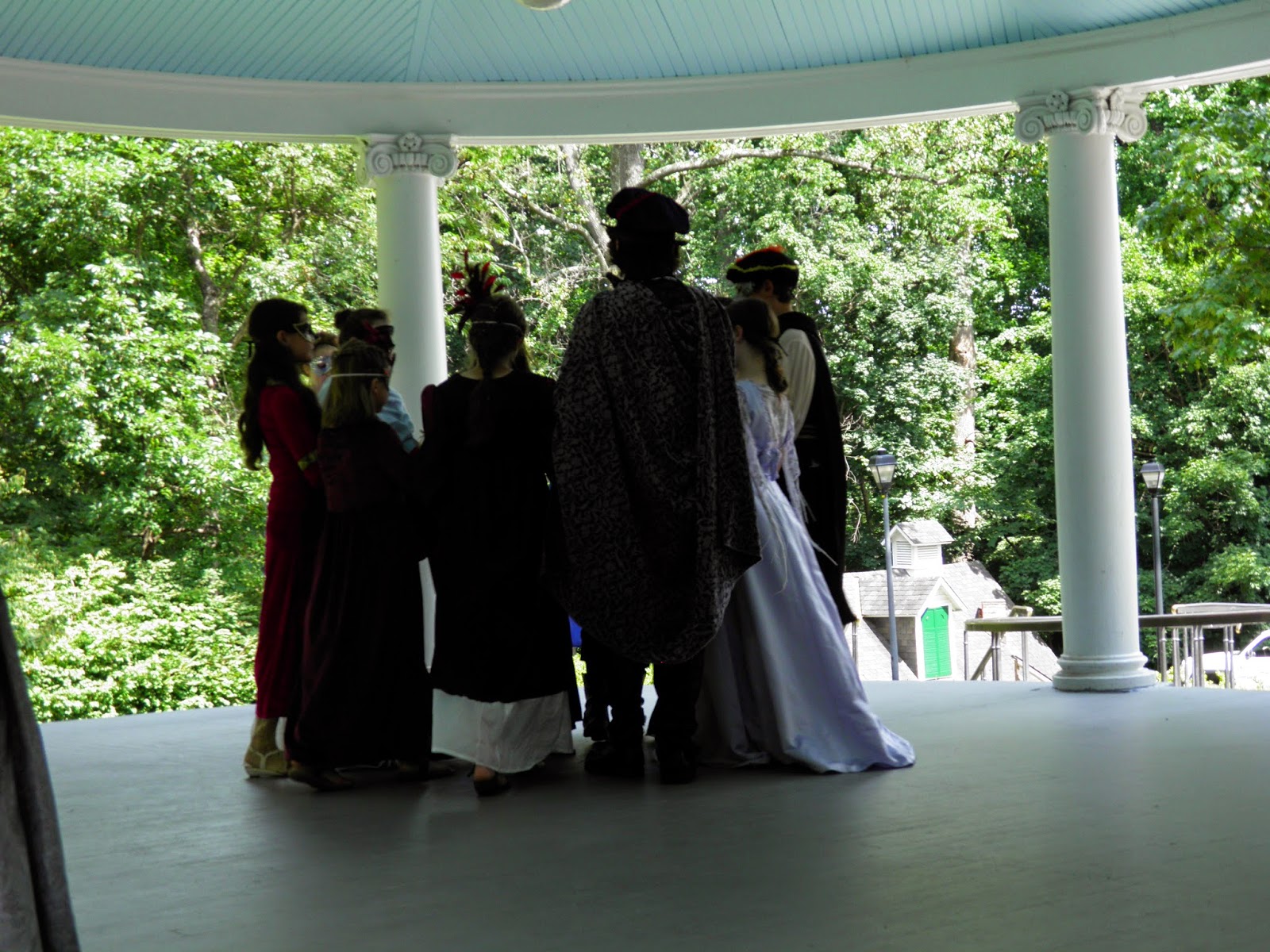 An Historic old house in Havre de Grace that is now the Spencer Silver Bed and Breakfast.... 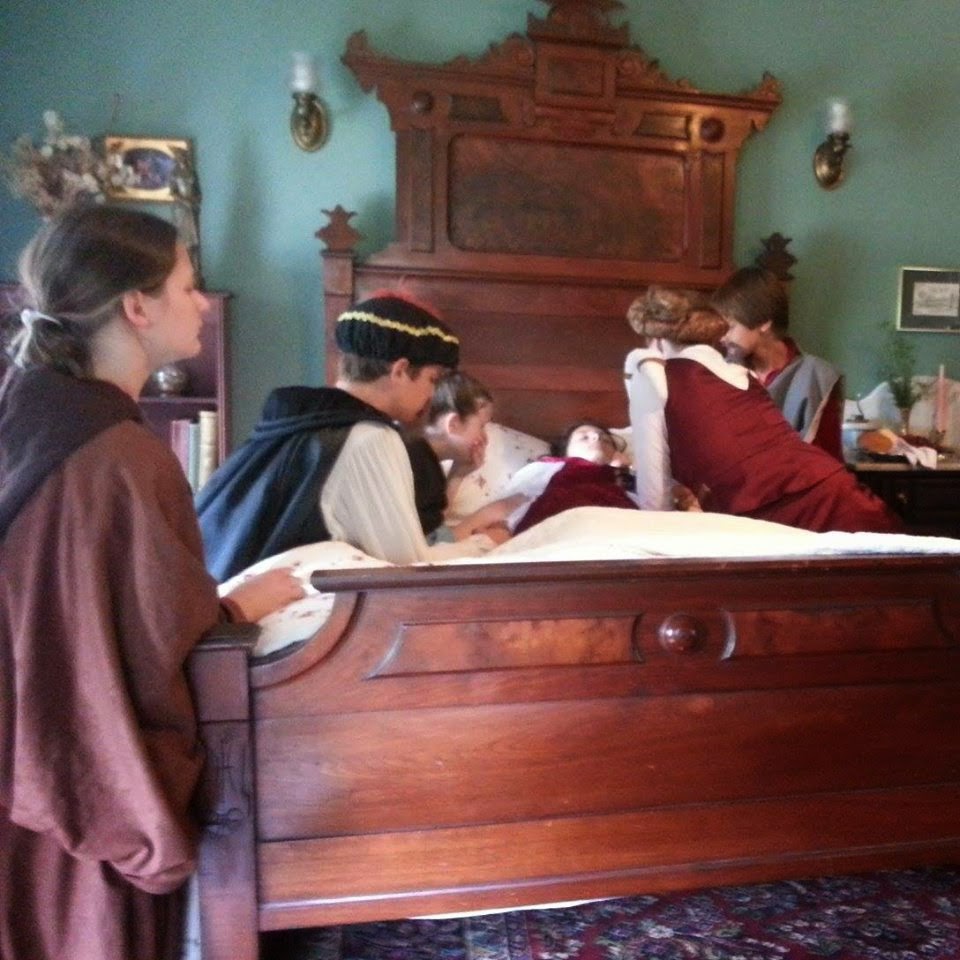 An actual castle called "The Cloisters" that was built as a replica of medieval castles in Europe.... 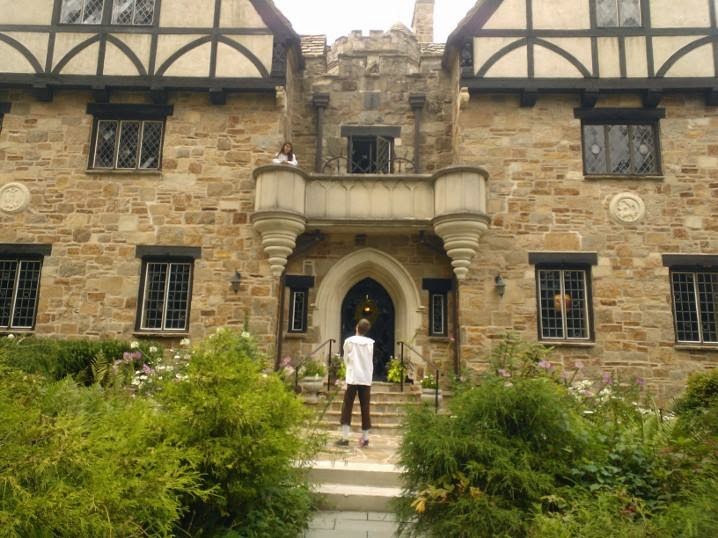 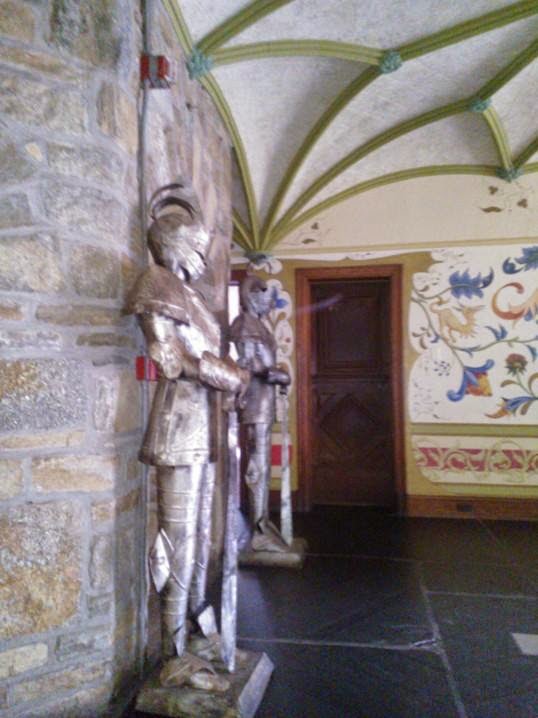 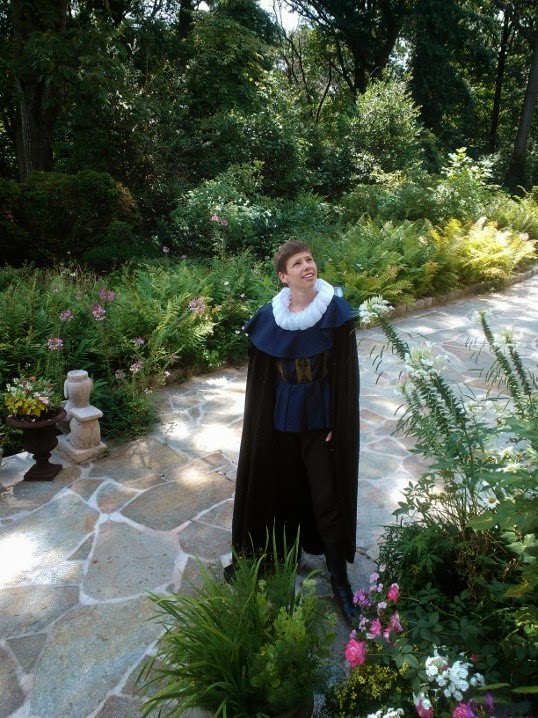 The Susquehanna Players have just done an amazing job of memorizing and remembering lines for literally months! They have had to rehearse scenes and then re-rehearse when a location would fall through, or a scene had to be changed. They have had to show up on short notice.
They have learned how long it can take to film just a few minutes of footage. Multiple takes and angles, over and over. Lines repeated from different places and with a tweak here and there.
Everything is set and ready to go, John calls "action", the acting begins....and a jet goes over, or a sheep bleats in the stall next door, or someone is roofing their house....
They filmed in all kinds of weather. One night when we were filming in the barn, a storm came through and the thunder and lightning were right over the barn, and the rain was so loud on the roof that we couldn't hear the lines. Then one of our families had a flat tire, and another had their car battery die while the car was parked in the barn. What a night that was!
At the Spencer Silver the kids had to be really quiet because there were other guests at the bed and breakfast. They were absolutely perfect.
The costumes had to hold up for months. And the beards.....everyone that needed one had have it put on before each filming session. 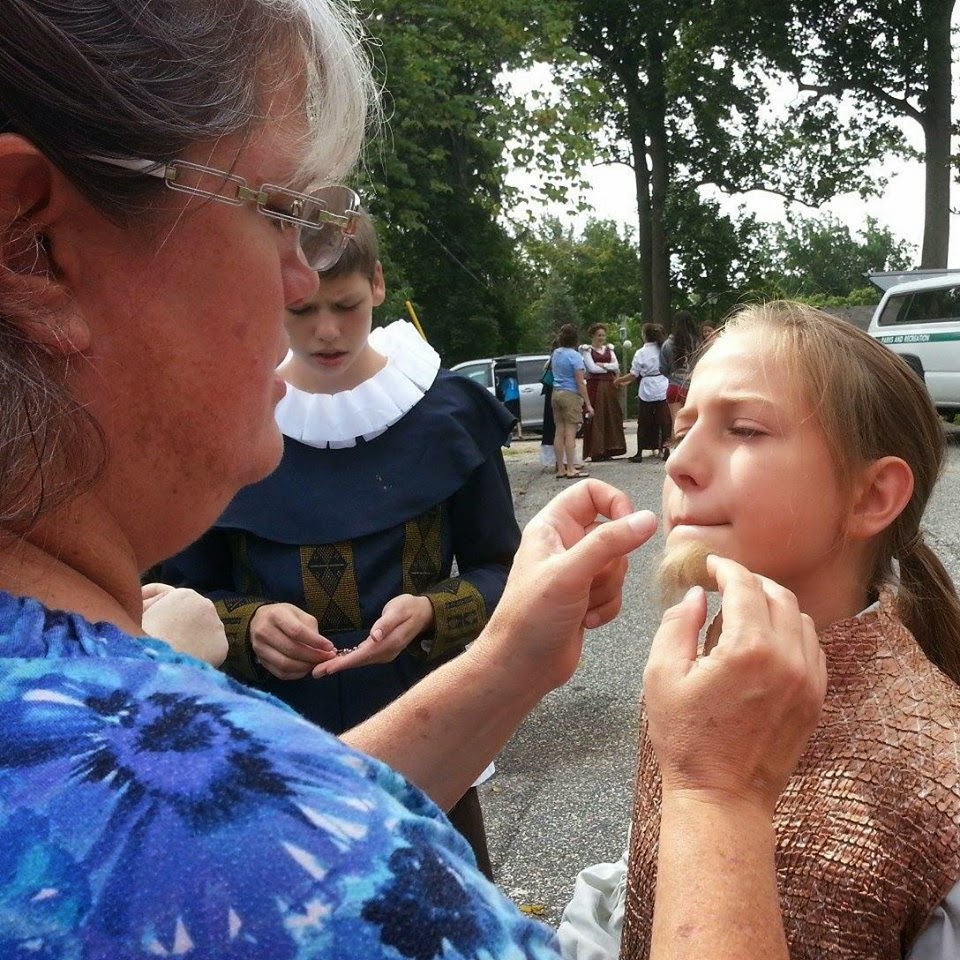 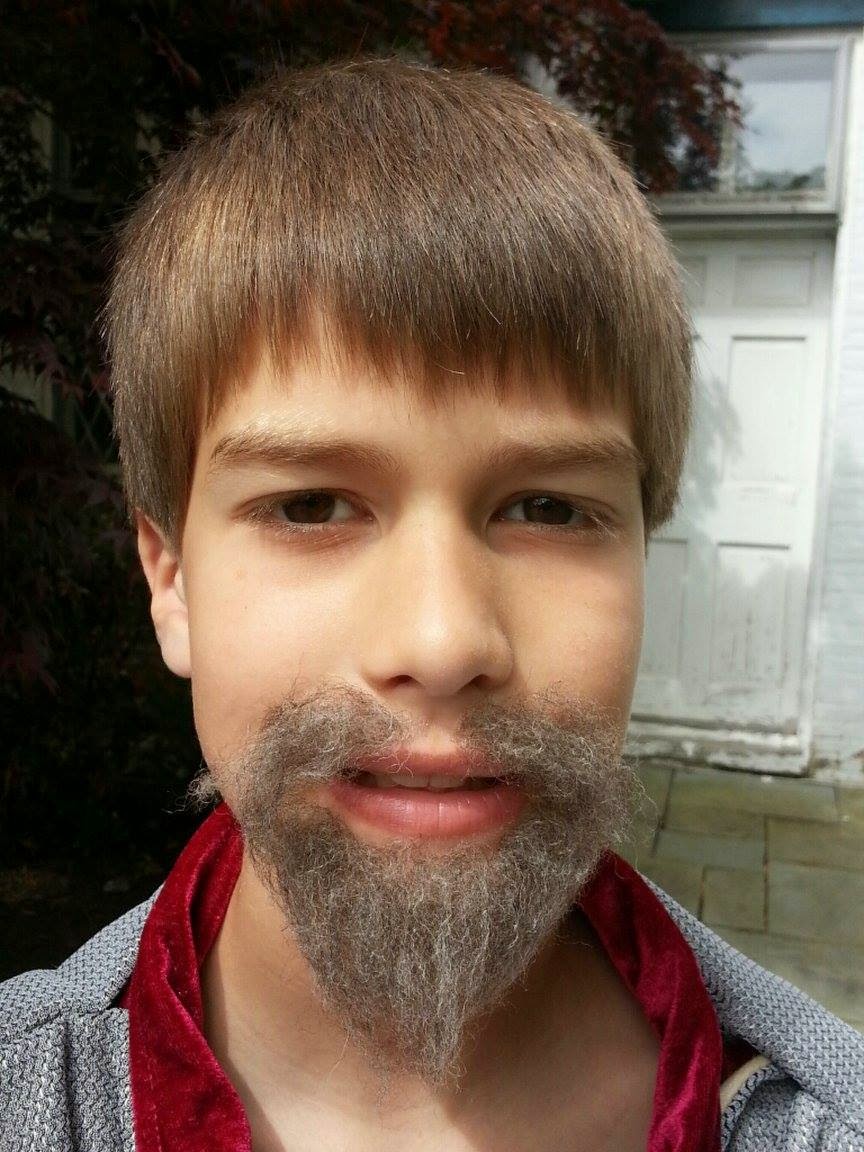 The moms had to drive hours and miles to locations all over the place. Everyone has been so wonderful.
We have Paula and John to thank for their vision, persistence and willingness to see it through.
Once it is edited, and we are able to sit down for the big premier, everyone involved is going to be so proud of what they did!