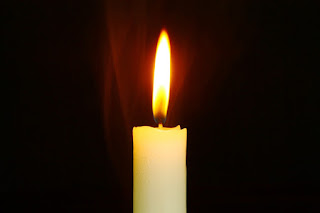 "Be Vigilant at all times, and pray that you have the strength to escape the tribulations that are imminent, and to stand before the Son of Man."~ Luke 21:36

For most Catholics, the last few months have been rather uncomfortable, if not tumultuous.
I have found them to be pretty tumultuous, and yet I have not been vigilant. I have shrunk from the duty to speak and write what I know to be true, and good. I have tried to be positive, and upbeat, and to look ahead, but the seriousness of this evil requires full knowlege and the willingness to stare it in the face and call it what it is.

The release, a couple of months ago, of documents from 11 Pennsylvania Diocese', regarding the abuse of hundreds, if not thousands, of children and the subsequent cover-up of their abusers, going back many decades, sent a shock through the Catholic world, and beyond. The details are unimaginable, and sickening. Every adult Catholic should read the report and let it sink in. If these acts were perpetrated on even one child, it would be heinous enough, The sheer number of crimes committed, and the inexcusable cover-up is beyond the scope of imagination.
There has been an ocean of evil that went unchecked for decades.
There were wolves feasting on lambs right inside the fold, and the shepherds looked away.
This is unconscionable, and it was going on alongside a cultural descent into crushing darkness.
For those who know the Truth and have been given the gifts of the Holy Spirit, silence is unacceptable.
Christ calls us to be champions of the Truth and to be "vigilant at all times".

I have not been vigilant.
I have not given enough attention to the horror that was perpetrated, and it's causes.
I have been passive, while the Holy Spirit is calling His Church to action.

But who am I to speak, who am I to write?
I am a sinner, and I have bought in to so many things that contributed to this travesty.
How do we call evil what it is, when we have been complicit?
Isn't that hypocrisy?
Is it fear or a lack of fortitude?

How do we dare to shine a light on the truth, when standing in that light will expose those areas in our own lives where we have been less than virtuous?
Looking at the things that I have turned a blind eye to, that I have ignored or remained silent about, I see that I have remained silent because to speak means that I have to acknowledge my own part in allowing the darkness to grow. It is safe in the shadows.

This is a hard place to be.
I want to be angry. I want to shout at the darkness and beat it back.
I want to say, do and write virtuous things and be a force for good, and a light in the darkness, and open doors and call out evil.
But who am I to judge?
To testify to the truth means to break the chains that keep us in the dark.
To testify to the Truth means to be willing to call sin what it is and to look at those things that we had been silent about, and to admit to our part in letting the cancer spread.

There is not one person who can say that they have no part to play in correcting what is wrong in our culture. If we have played a part in it's corruption, we have an even greater obligation to be active in it's redemption.
The scandal that has been perpetrated within the church has festered for decades. It was perpetrated by people, and those people are responsible and will be held to account, if not in this world then in the next. However, the culture in which the scandal grew belongs to all of us. The lack of vigilance in calling sexual sin what it is, the acceptance of co-habitation, contraception, illicit lifestyles, and all manner of vice belongs to us and to our time.

There has been one bright light in all of this, and I believe that God has given humanity a chance to heal through the teaching of the Theology of the Body, as taught by our dear Papa, St John Paul II.
Alongside St Faustina, who brought us the gift of devotion to Divine Mercy, we have been offered the way out of the darkness. It is an uphill path and the light is just dimly beginning to be seen.
Yes, we are walking through the valley of the shadow of death in a very real way, but our Shepherd is with us and He has given us our own lights to carry. It is for us to give that light to others and to illuminate this darkness.
"We can only decide what to do with the time that is given to us", and that time will eventually run out.
If we don't light the darkness, we are allowing it to continue to grow.

Having been given the light, it's now my turn to carry it through the shadows, and light the way. My light is mine alone, and no one else can carry it. If I don't, the shadows will be just that much darker.

Posted by Jennifer Merkel at 10:02 AM