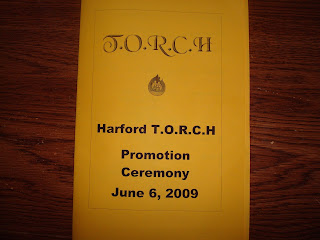 Tonight our TORCH Homeschool group had the annual Promotion Celebration for all the kids and families that could be there.
It was such a special time with friends and fellow homeschoolers.
We gathered at St. Joan's in Aberdeen and started out with Pizza. Everyone had plenty to eat! There were also some amazing desserts, and munchies. 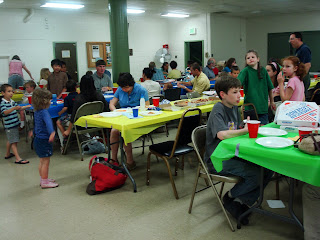 There was a special cake to honor the Eighth Grade Graduates, 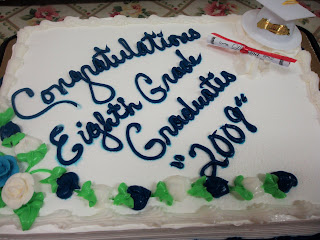 After everyone had eaten we went over to the stage area and the kids started their recital.
Every year the kids do something to show how hard they have worked.
Both John 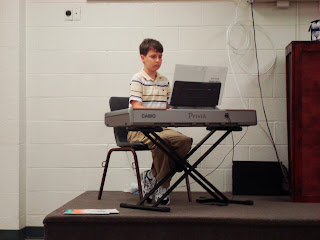 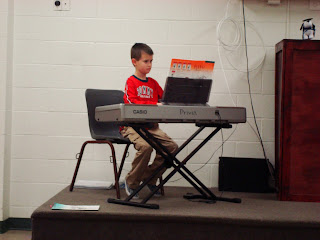 played pieces on the piano, and Paul, who arrived late with Danielle and Maria Hoppel, sang a song from Oliver. 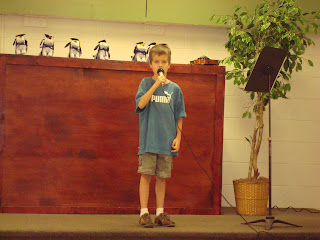 There were poems and musical performances. 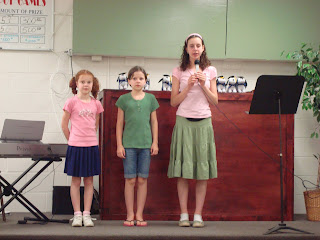 A father and son horn duo. 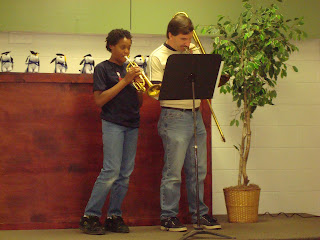 The Klopcic family sang three songs and they did a beautiful job! Well, part of the family... 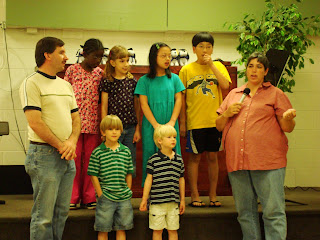 The poems that were recited were not simple little nursery Rhymes.
One young lady did "The Spider and the Fly". A long poem, and she recited with so much expression! 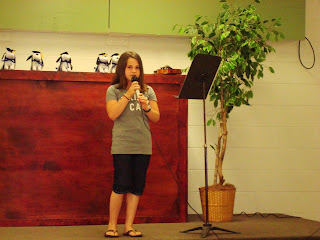 One of the little boys recited "Casey at the Bat". It took him awhile to get up his nerve, but it was worth the wait! 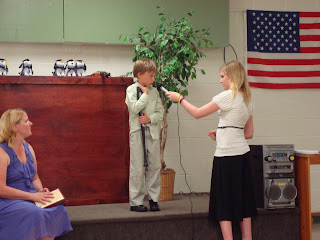 Lizzie did a poem by A.A. Milne. 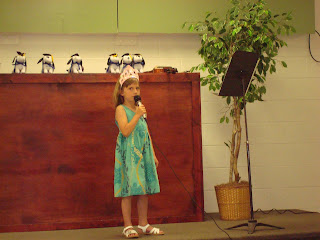 There was a Karate demonstration, 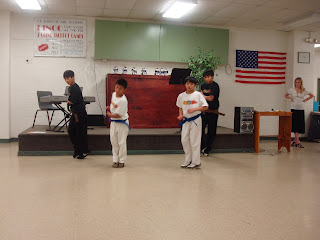 A couple of the kids did a scene from "Hamlet". 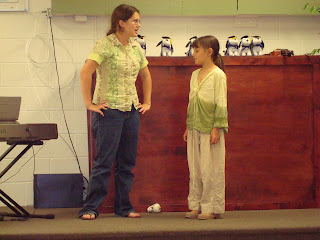 After all the kids were done, there were certificates and awards to hand out. 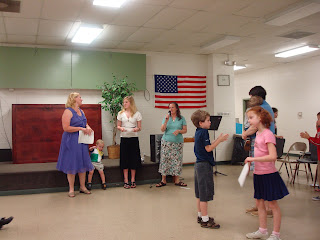 There was a certificate for each of the kids, to recognize that they have completed the year. This one is John's. Some of the kids participate in the First Friday Novena. We try to make it to Mass and Communion on nine consecutive First Fridays. The kids that did all nine get a certificate. This is what they look like. 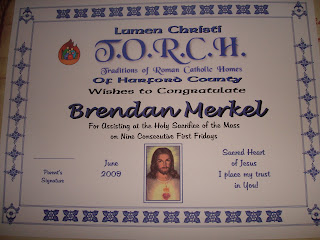 It was just such a great end to the year. I am so grateful to all the people that worked so hard to make it happen, and that we have such a wonderful group! 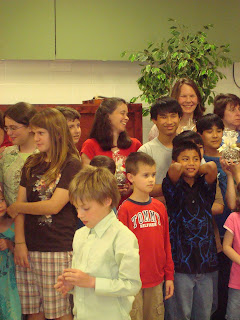 Posted by Jennifer Merkel at 10:53 PM

Email ThisBlogThis!Share to TwitterShare to FacebookShare to Pinterest
Labels: Homeschooling

Thanks for the pics Jen! It was a great evening and I'm so glad we made it this year!! We have an AWESOME TORCH family, don't we?!