Praise be Jesus! Now and Forever! 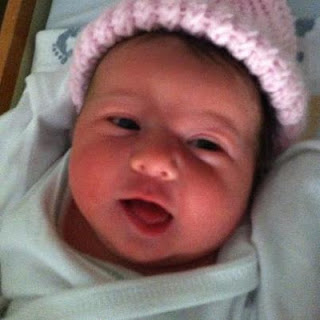 Last Friday my friend Kim went into the hospital for a routine C-section to deliver her ninth baby. It turned out to be anything but routine, and we have all learned a few things about the power of prayer.
While they were doing the surgery, they found that the placenta had grown through the wall of the uterus and there was a lot of bleeding. We were told that she had received two units of blood, and they were having a hard time getting her blood pressure to stabilize.
So that was Friday afternoon. Prayer request #1.
Saturday we learned that she was still not improving and that they had decided that they were going to have to do a hysterectomy. They were hoping that this would stem the bleeding and that she would stabilize. Kim just wanted to get back to her baby, Molly, who is beautiful, healthy and was keeping her daddy very busy. Prayer request #2.
That afternoon and evening a couple of emails came through saying that Kim was not doing well at all after the surgery,  was going to need more blood, and was going to be in ICU. It was not at all certain how things were going to go, and everyone was really scared.
We sent out prayer requests all over the country, blanketed Facebook with updates and requests, families were saying Rosaries, and several people found an Adoration chapel and drove 45 minutes to go and beg Our Lord for help.
Prayers were becoming a lifeline.
Then, things started to improve. Kim's counts seemed to be holding their own, at least somewhat. The plan to transfer her to another hospital, that would be better able to deal with the crisis, was put aside.
You could almost hear the Praise and Thanksgiving across the internet! There was one more dicey period, with a couple more units of blood needed, but things then turned around for good. Praise be to Jesus!
Last night Kim was moved down to the Mom and Baby floor.
She is with her darling Molly and, while she has a long recovery ahead of her, she is going to be able to Mommy her for a long, long time.
We are filled with Joy!

Posted by Jennifer Merkel at 8:56 PM