These Things Do Happen

So we have had a rather frustrating week.
John's car finally needed to have the water pump replaced. We knew that it was going to happen, but I kind of wish that it had happened closer to home.
He was driving back from Bloomsburg, after seeing Clare, and fixing her car.
He got almost as far as Hershey and then the inevitable happened.
Fortunately he was able to find a mechanic right in the area. I went up and got him and we went home until the shop called us to let us know that the car was done, so, since I had a tax appointment, I asked Brendan to take John up to Hershey to get his car.
Since the Hyundai is a gamble, I told Brendan that he could take my van.
When he was going through Churchville on rt 22, he was rear-ended by a guy in an F-350 worktruck.
It's not pretty. 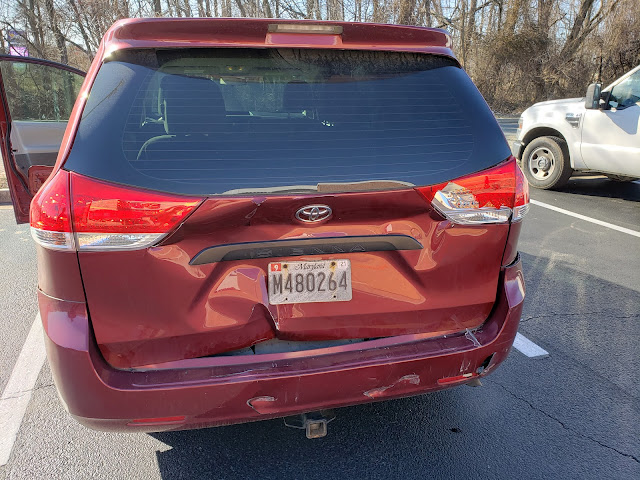 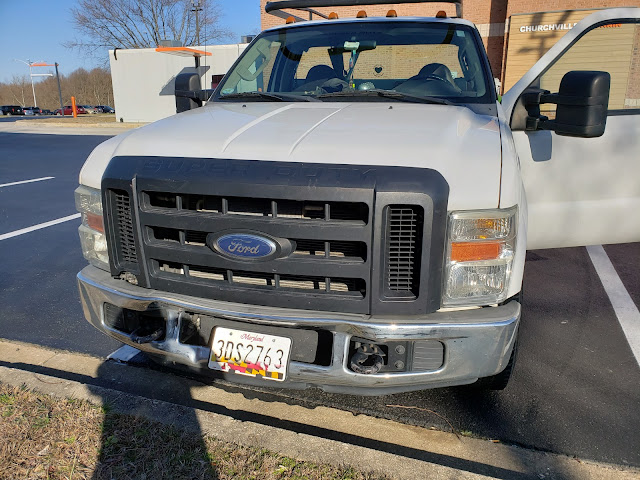 It was totally the other guy's fault, and we got the insurance stuff worked out at the scene. We are waiting to hear from the adjuster.
I was so frustrated at the time, but looking back I have to say that I am grateful that Brendan wasn't driving a smaller car. It would have been really bad.
So I am very glad that he is OK, and I just have to be patient while the insurance company figures out the repair.

Posted by Jennifer Merkel at 8:50 PM