Well we did it and it was such a great day!
We packed up and headed down to DC for the day to join a crowd of tens of thousands of other pro-life people from all around the country, rallying and marching for Life! 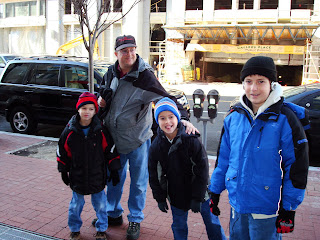 It was such a Blest day from beginning to end. Traffic was great all the way down, we drove right up to a parking garage and found a great spot to park for a great rate! The weather was so nice! The sun was out and I think it may have been around 50 most of the day. 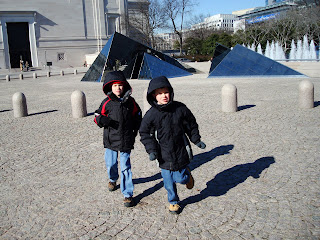 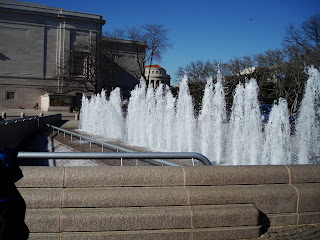 We passed the fountain above the cafe at the Museum of Natural History, the boys can't wait to go back and go to the museum!

The Rally was inspiring, with speeches by members of congress, including Senator Bob Dornan, Sam Brownback and many, many more. 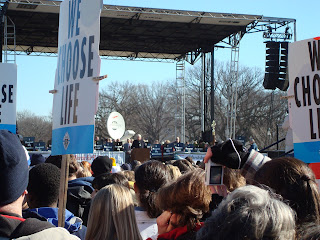 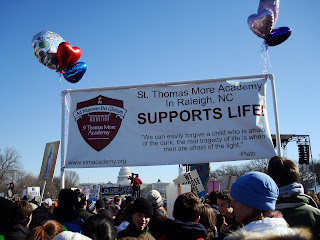 The boys were so good!
They were too short to see much at the rally and yet they hardly complained. It took a long time to get the March started, but we met up with some of our friends and everybody did great. 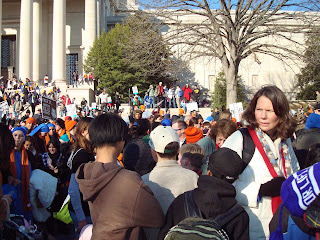 Here are a few of the kids. And Moms! 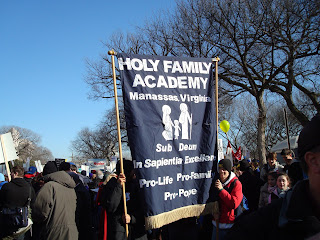 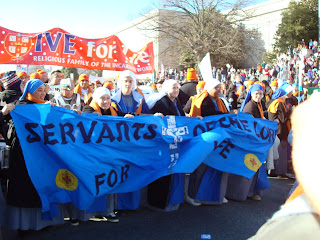 This group was great! They are a religious order and most of them were down from Harlem. They had brought their own band, and they were all dancing and having such a great time. 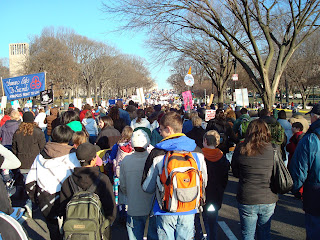 Here is a great picture of how far the March stretched up Constitution Avenue. Yes, there are signs as far as you can see! In the foreground, Mark Hoppel, with the orange backpack and one of the Weber boys, marches ahead of us. 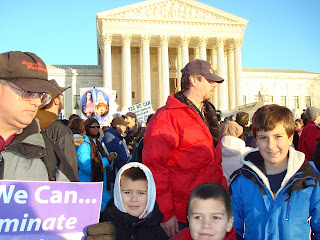 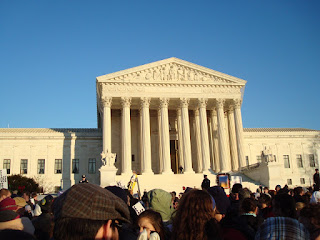 We marched to the Supreme Court Building and people were praying and rallying again.
John, Brendan, and Paul don't realize it now, but this was a historic day, and they were a part of it. 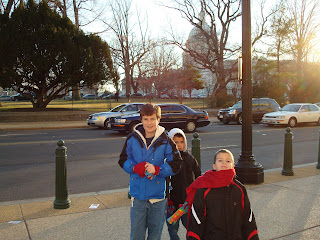 Posted by Jennifer Merkel at 9:59 PM

That gave me chills. Thanks for sharing!!!

These pictures are special. Of everyone and everything. Your family was very blest to be able to go together. Our prayer is that one day
the gathering in Wash. D.C. will be to CELEBRATE the end to abortion in America. That day will come; it is only a matter of time.
Thanks for the very special post, and
talk to you soon.
Love, Mom and Dad