On The Road Again

Our time in Port Angeles was so great! We had a busy day on Tuesday, organizing and sorting bins and papers from Dad's storage. 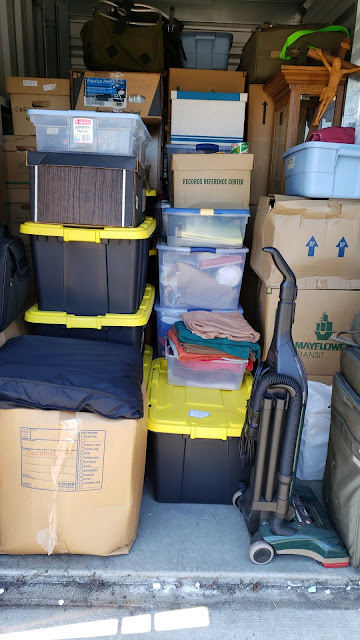 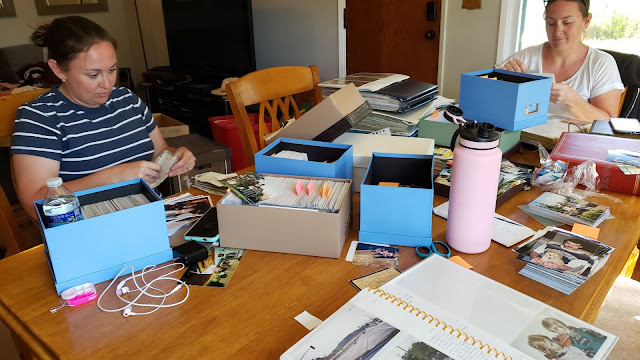 We got a lot of stuff reorganized from cardboard boxes that were collapsing, into bins that will hold up much better and keep things safer from bugs, water and mice. We pulled out the papers, and photo albums and we are embarking on a long-term project to sort, scan, and record more of our family history, so that people from all over can have access to it. The pictures are priceless and they have so many people in them! It will be so nice to make them available to anyone who wants to look at them. I also want to blog more of the family story. I want to make a blog for our Hendry family, and put things in to build the story. It will be much like the "Maggie Loves Weaver" blog. Blogging for the family could end up being a pretty time-consuming project, but so worth it!

So, we packed all the stuff up yesterday morning, and we were on the road by 10:00. We had plans to have and early dinner at Linnie and Phil Slater's house in Port Orchard. What a surprise to arrive and find that Steve and Robin, Joey and Nick and the kids were there also! It was a wonderful visit with some very special people. What a blessing to be able to catch up on all that they have been doing. 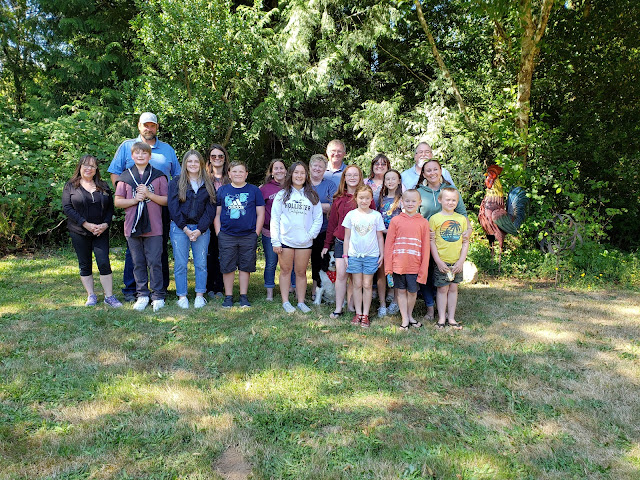 After we had a good visit, we took off and headed for Long Beach, on the Washington coast. It was great to see the Pacific Ocean! 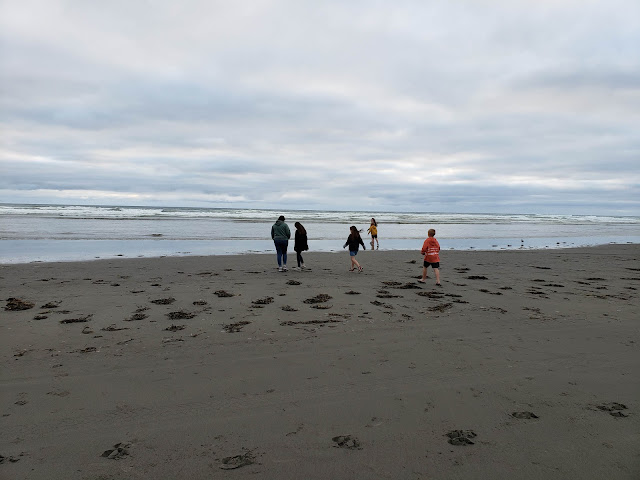 There was nothing open for dinner except McDonald's, but this morning we made up for that by going to Dylan's bakery! Oh my goodness....it was wonderful! We left there around 10:00 to start our adventure on the coast. 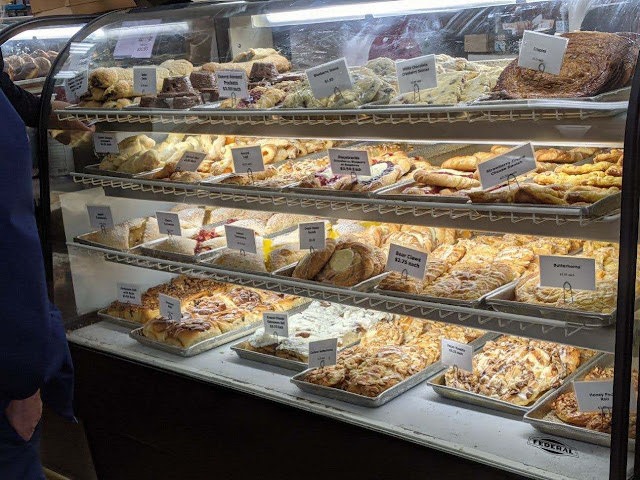 Our next stop was at Lewis and Clark National Historical Park. We got a park pass courtesy of Claire, who is in the 4th grade, and we looked through a museum, a fort that has been built as a replica of the one that was there, and all was very well done! 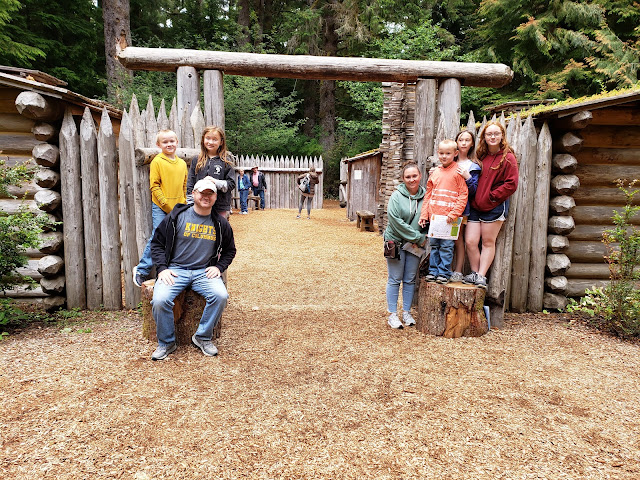 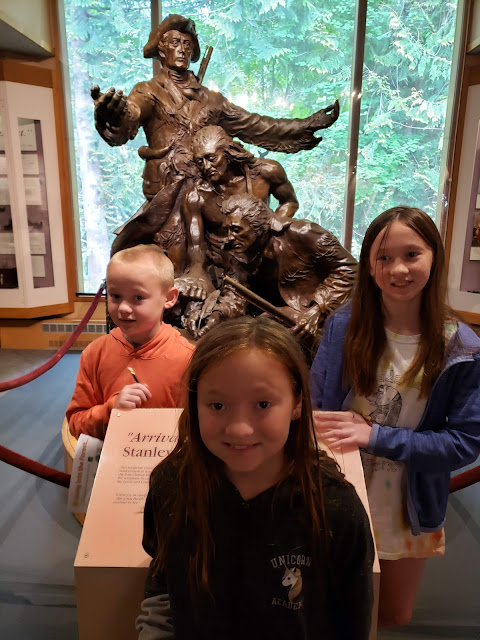 The next stop was Cannon Beach, where we ate some amazing food and got a chance to ogle Haystack Rock. 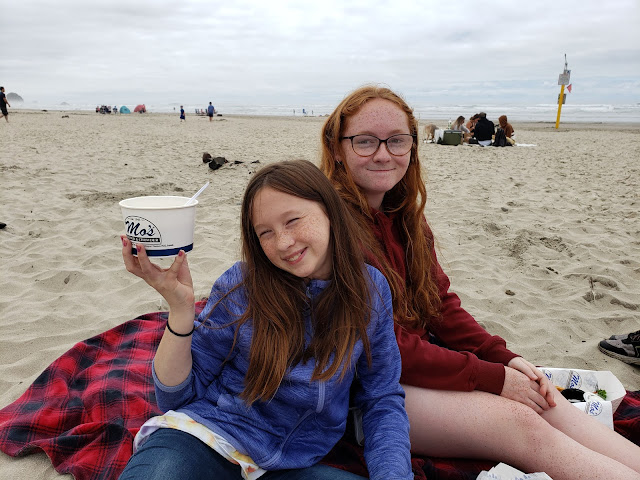 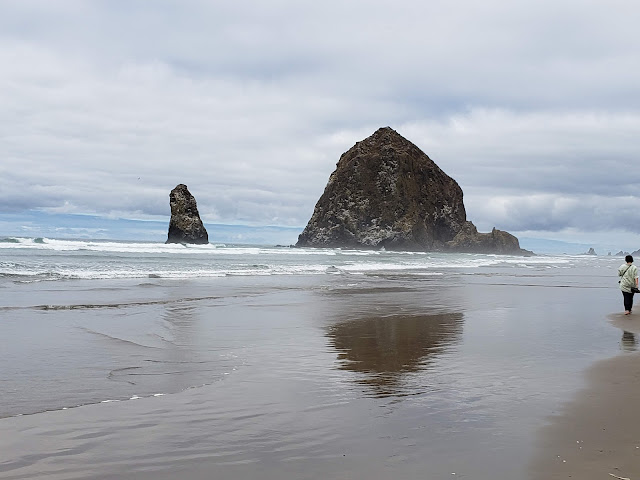 No trip to the Oregon coast would be complete without a stop at the Tillamook Cheese factory! What a tour that is! We enjoyed seeing the cheddar making process, and then had ice cream for dessert! 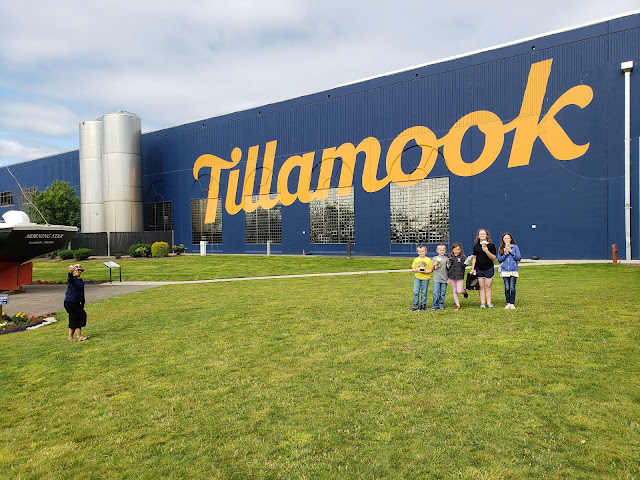 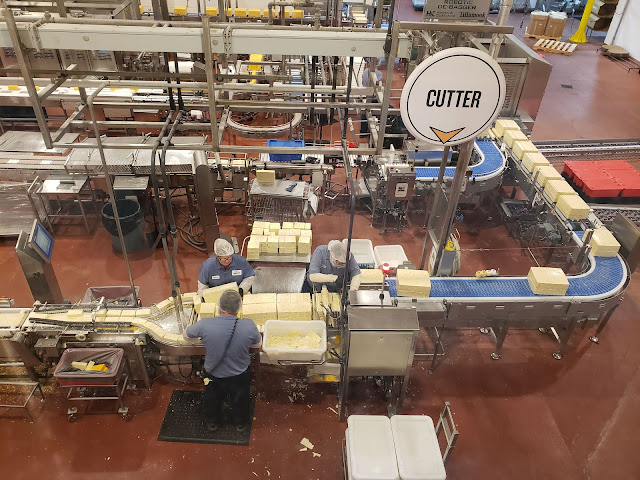 Our drive was complete when we arrived in Lincoln City, Oregon and found the "Inn at Wecoma". It is a nice place and close to the beach, which I took advantage of straight away. I walked to the closest public beach access and found my way to a cluster of rocks that jut out into the ocean. I think that a rocky perch at the edge of the surf is probably one of my favorite places on earth. I just stood on the rocks and watched the waves for about an hour and a half. I am so grateful to God for the gift of the ocean! 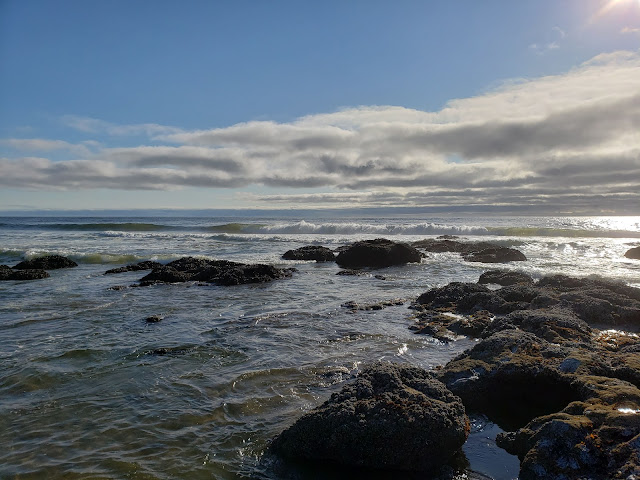 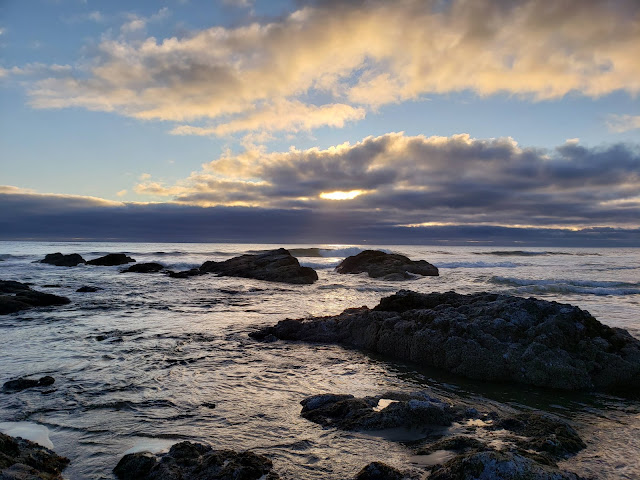 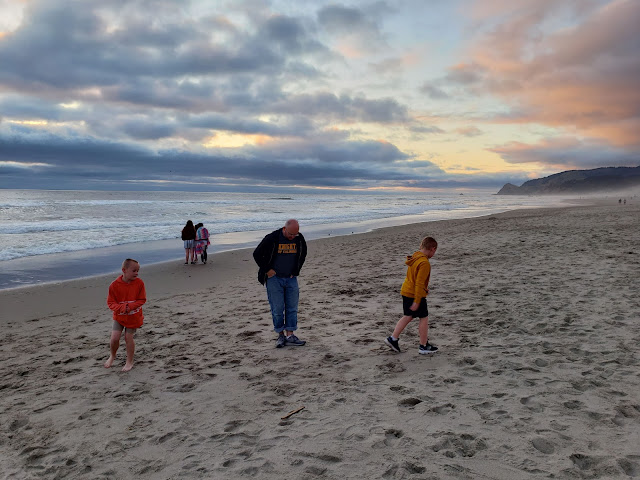 Posted by Jennifer Merkel at 2:11 AM