What a Week, And It's Only Wednesday

I haven't posted since last week, so let's see...
Saturday is mowing day across the street. 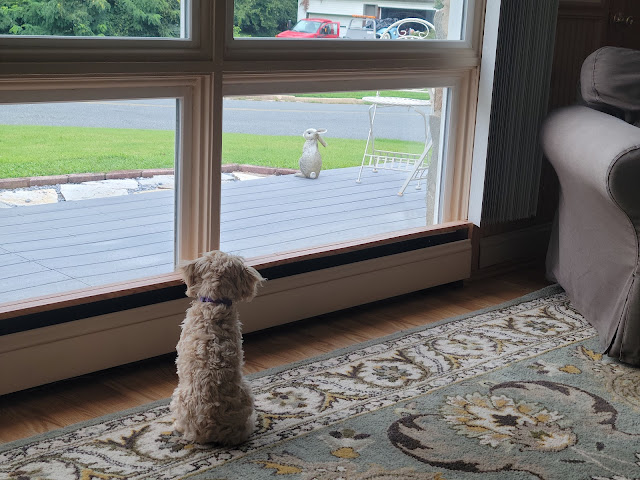 Over the weekend we had a nice gathering of friends here at our house. We have been wanting to get together with them for months, and finally we had the opportunity. It was nice enough to be outside, so the Covid threat was low. We had some great food, nice wine, and wonderful conversation! The Moore's, Hoppels, and Tellups are such good friends. We missed seeing Mike, but hopefully he will be able to make it next time.
I worked on the house so I took a few pictures, for posterity as Mom would say. 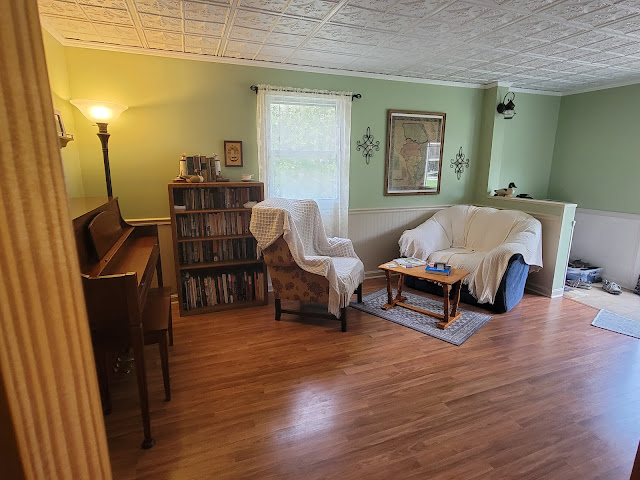 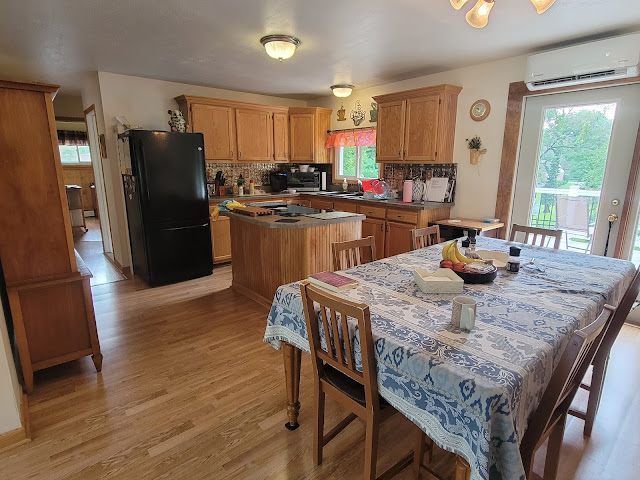 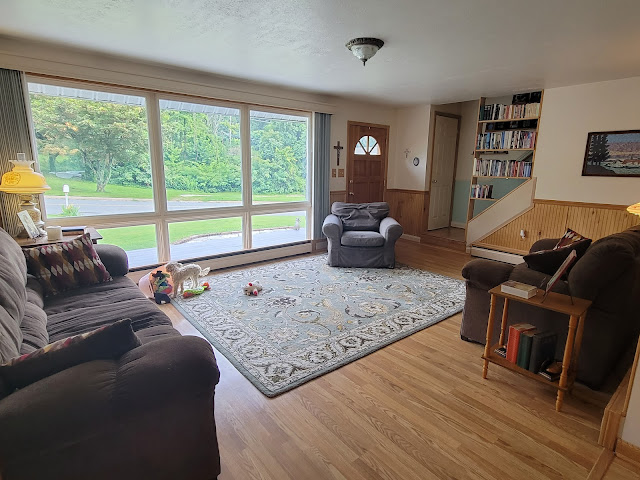 On Sunday morning, before Mass, we had planned to watch the Belgian Gran Prix, but the weather in Belgium decided otherwise. It was just to wet for them to race, so they only managed to get four laps in. They still had results, and Verstappen was poll 1, so he won! That was pretty easy!
We ended up going to 10:30 Mass, and then we came home and read and played with Cora. We took her downtown for a walk, which was very nice, and we saw this house, that I have been looking at for years!
I knew that someone, someday would want to renovate it, and apparently now is the time! It is going to be neat to watch the progress. 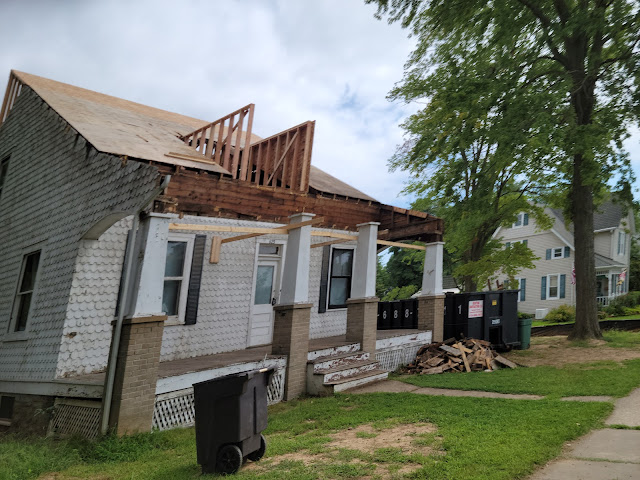 Monday I had several hours of Adoration, which was just amazing, I also worked on the TOB presentation that I will be giving to the Confirmation girls. I wanted to let the DRE see it before I made too much progress. It is coming along, and I can start adding the finishing touches soon.
Yesterday I took baby bottles to Birthright and Cora and I did some errands. Later on we went downtown for a walk with Lilly, Cora is becoming quite a walking partner!
We knew that we would be getting a whole lot of rain and possibly wind, from the tropical storm, that was hurricane Ida yesterday, It blew into Louisiana and made a huge mess. It was almost a cat 5. It is now a tropical storm, but it is still talking itself pretty seriously. It has spawned a couple of tornadoes not too far from here and the flooding has been really widespread. It was a monster. 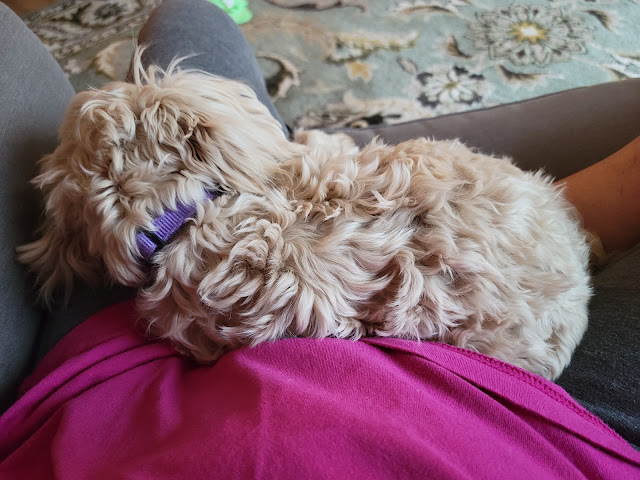 Cora, has been non-plussed. She has been able to get out and use the yard when she needs to and that is all that she requires.
It should head out over the next few hours, but the clean-up is going to take a while.
I have been getting to Mass every day and we are praying really hard for the Pergola's grandson, Evan.
He has been diagnosed with an aggressive brain cancer, and it's going to be really hard to beat it back. He is only 7. I think about him and pray for him pretty much all the time.
Tomorrow is going to be mowing day and cleanup in the yard, but the weather is going to be post-storm beautiful so I won't mind at all!
Posted by Jennifer Merkel at 7:43 PM