A Few Days of Photos

We have had some adventures and we've been busy!

I haven't blogged in a few days and the details do pile up! It has been really hot and humid this week. I have gotten stuff done anyway, but it has been a sticky business.

On Monday I went to Verizon and traded in my Note9 for a new phone. The Note was a great phone, but it was starting to do the same weird battery thing and I didn't want to fight it out with Samsung, so since Verizon had a trade in promotion going, I decided to skip the battle and just trade up.

It's always a big pain getting a new phone. For all the benefits there is a lot of hassle. I had everything just the way I wanted it with my Note and now I am still trying to get this one to do what I want. It's mostly there.

The camera is definitely better!! I am super pumped about that. With all the pictures that I have been scanning, it's pretty cool to have this stellar little gadget. I don't know how they keep making them better!

Cora and I have been walking almost every evening and we have seen some pretty cool stuff! Like these new additions to the pier down by the lighthouse: 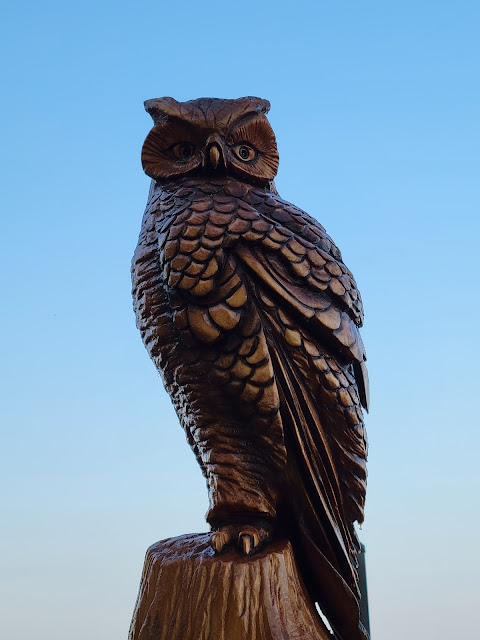 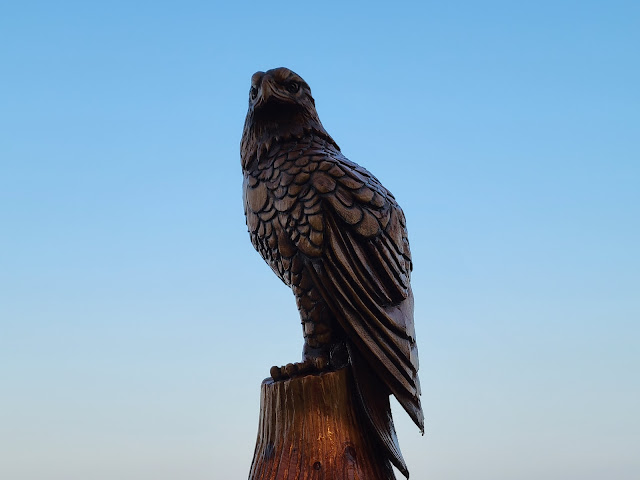 Cora was quite impressed. 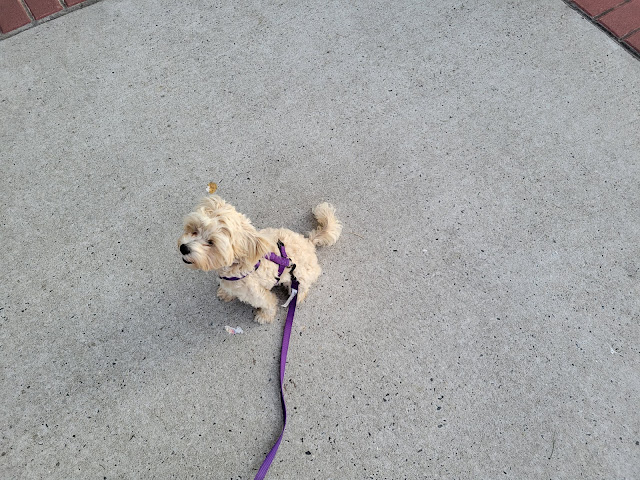 Yesterday I caught the sun through the clouds as I was heading to Mass: 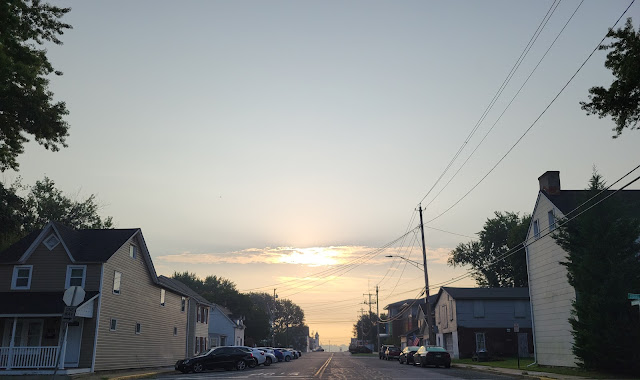 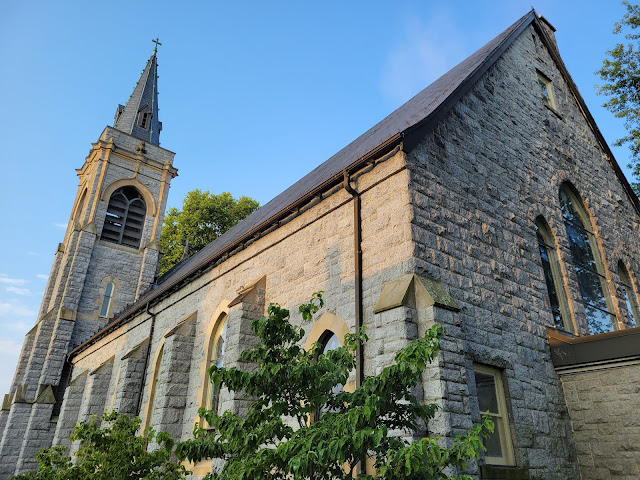 Then tonight Cora and I headed out to the lock house and saw all kinds of interesting stuff! 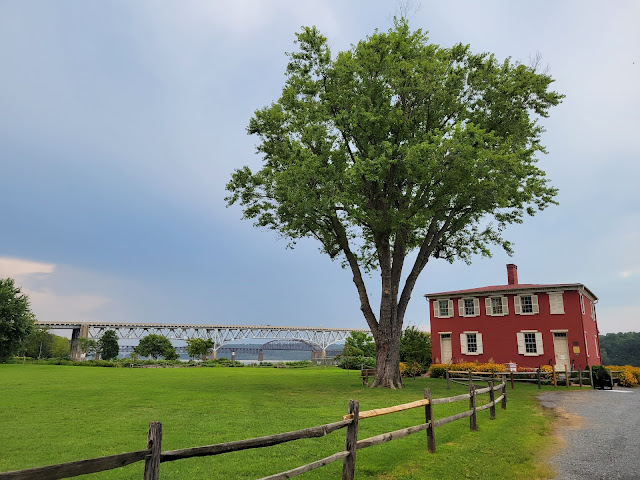 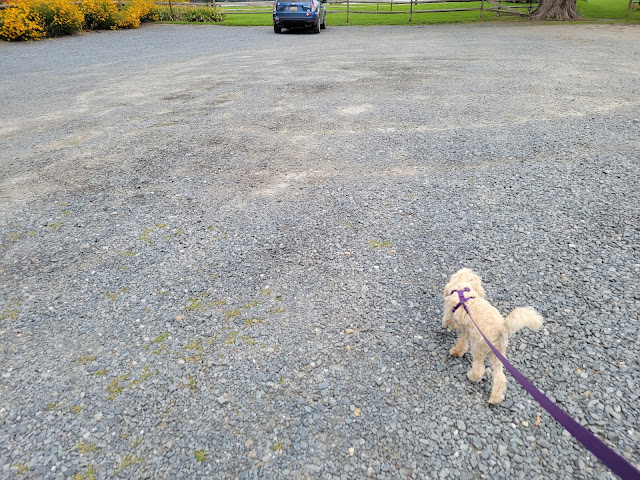 And the river is way up and very brown. Along with the Algae bloom it looks like a swamp: 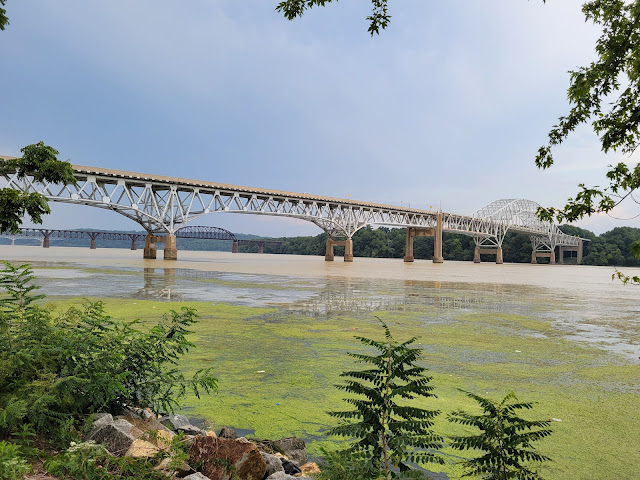 And then we found this guy, who didn't seem at all concerned about me and my little dog. 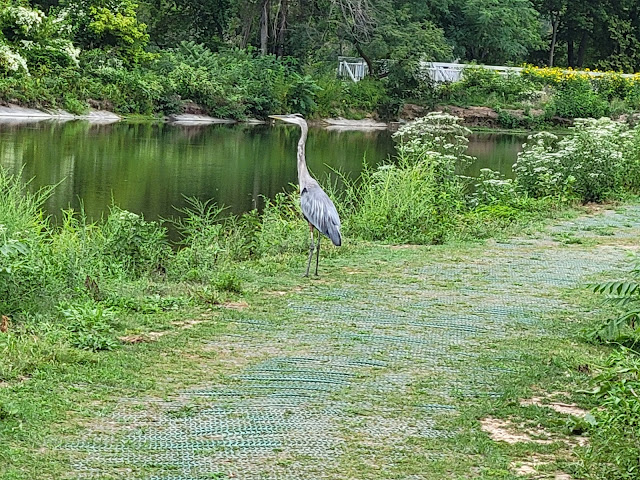 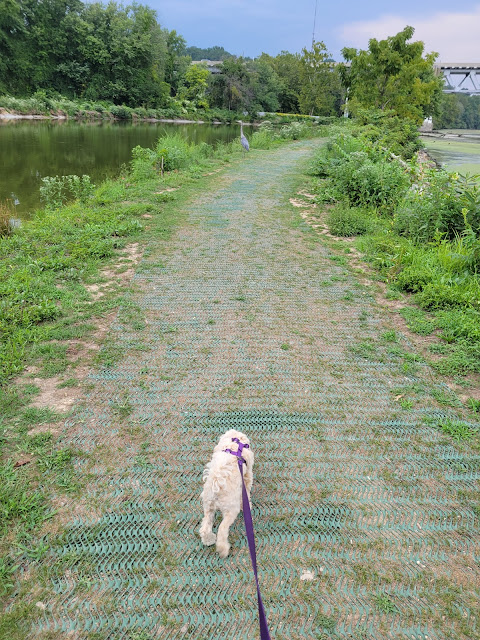 We were just getting back to the car when my friend Lisa arrived in the parking lot with Chipper, Maggie's brother, and we just decided to go with them on their walk. I don't think Cora has ever walked that far, but she was raring to go the whole time and it was really nice to walk along with them! Hope we get to do that again! He's such a big sweetie.

Posted by Jennifer Merkel at 8:22 PM