Yeah, It's a Tuesday

Today has been a pretty productive day, all in all.

I got up, walked, showered, and got Cora up to go out and have her breakfast. She's usually pretty sleepy in the first hour of the day. I did my prayers while she dozed on the couch, but she perked up when Paul came down. He was heading out to work at 7:30, and I got out the door to Mass. It was lovely. A nice Rosary with all my "Rosary Friends" and Mass.

After Mass I came home and let Cora get out in the yard to play for a while before I crated her again so that I could go over to help some friends sort some items in their basement. That project is going to be long term, but I am so glad that we are getting started on it! We worked for about an hour and a half, which was plenty of time to fill up a couple of boxes worth of stuff for donation, and create some areas for storing the things that they want to keep. I think the time was just about right, to keep things positive. 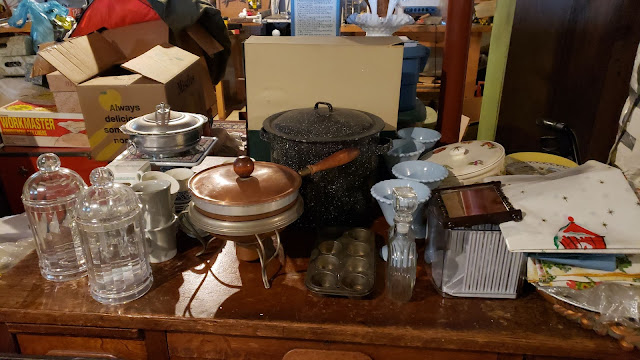 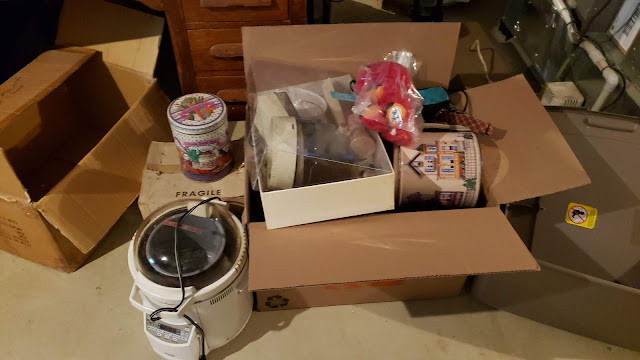 Lilly called while I was there and asked me to bring her some chicken. She loves to be able to make it herself, so I just went and bought her a bag. Then I went home to get Cora out of the crate and let her eat. She is doing so well with all the things that she needs to learn to be a good family dog, and a few things that she is learning to make life more fun! She likes to fetch, and soon we will start working on some little agility tricks so that she will find some things familiar when we really start training for it. She also wants very much to play with Autumn, but Autumn has another point of view on that. 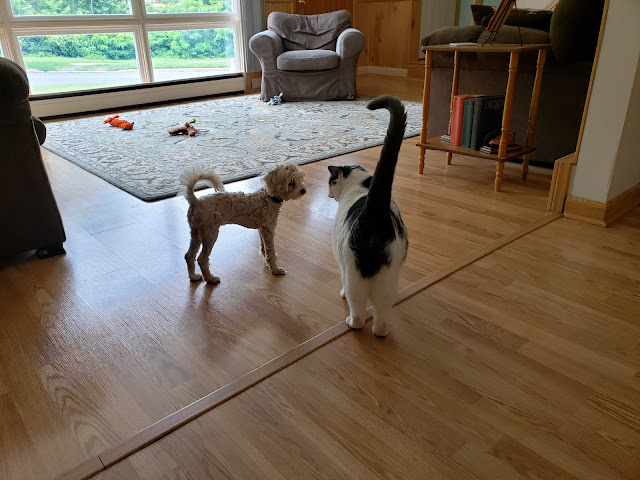 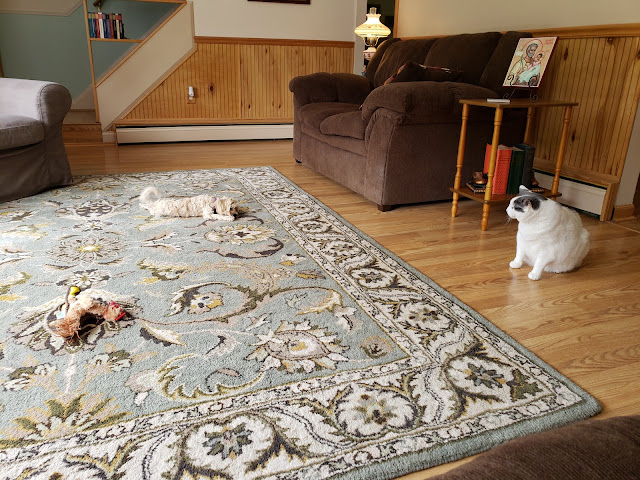 A little later in the afternoon Danielle brought Luna and Comet over to play in the yard. They really had a great time running all over the place, wrestling and getting into trouble. They are so silly.

After they left I made a simple dinner for the guys, since Tim is still away and Brendan was heading out to work. I haven't seen John in a few days. I hope all is well with him. He has been working two jobs and is really going pretty constantly.

I also tackled some of the things in the big bins downstairs. I pulled out all the pictures and got them organized into envelopes and plastic boxes. Some of them are kind of bent from being in plastic sleeves and in the collapsing cardboard boxes, but most of them are ok. I need to get to work scanning the ones that haven't been done.  I also spent some time this morning blogging on the Maggie Loves Weaver blog. I am excited because I have so many pictures that I can add to it now!! I worked on the pictures until I just got too tired. 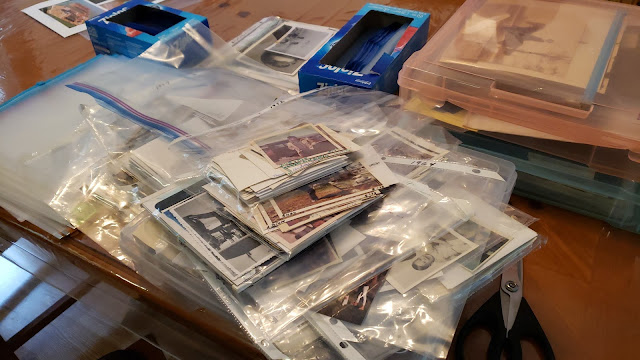 In the morning, after Mass I will go to Weis and get some Strawberries so that I can make a Strawberry/Rhubarb Crisp for a friend because I am going to visit her tomorrow afternoon.

So many of our friends are facing difficult health issues. Scans and biopsies and a lot of scary waiting. It seems like we have a new person to pray for every few days. We are also praying for friends who are going through some serious struggles with extended family. This world really doesn't let up, but Jesus never let's us down.

Posted by Jennifer Merkel at 10:04 PM