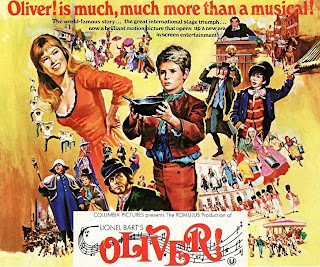 Today Paul learned a bit about the world of the stage. Mostly that auditions are LONG and boring.
We heard at Mass, that's actually after Mass at 12:00, that Covered Bridge Theater up at Cecil Community College was auditioning for Oliver. At 3:00 this afternoon.
So we came home, pulled out one of his piano songs, and put in the DVD so he could familiarize himself with some of the music.
He is a bit young, they actually wanted kids 9 and up, but we didn't know that when we made the decision to go, and Paul REALLY wanted to do it. We asked when we got there and they said that he could try out.
Danielle and Maria Hoppel went and tried out as well. There were lots of young girls there. I was proud of them for putting it together on such short notice.
I had to leave, but Tim said he did great! He has no problem getting up and singing in front of people. He likes the idea of acting and we have known for a long time that singing is something he is going to be doing. Whether he ever does much singing on stage or not, Paul LOVES to sing!
So now we just have to wait until Friday to find out if they can use him. He will be in the Chorus if he gets in and that will be just the right amount of exposure to the theater for a good start.

On a similar note, John is going to be working on props and staging for "Hamlet". The Co-op that John did science with is putting it on. He hasn't been interested in doing any acting, but he does like the backstage art. He will be working on building sets, painting props and getting things together that the actors will use. He would like to learn to do lights someday as well. Brendan and Paul may end up being extras.
Posted by Jennifer Merkel at 7:55 PM

This is so neat. We hope Paul has a great time, and we know John will enjoy being in the middle of a similar event. Have fun, boys. We are proud of you!
Love, Mom and Dad/G.Ma & G.pa