Last night we were finally able to join the Tech Brick Lego club for an event.
This club is probably the best fit as far as an activity for the Merkel boys, as anything I have ever seen. They already spend so much time building and designing things.

Last night's event was a stop-action movie production night.
The gentleman that organizes the group is a genius at putting these things together.
The movie that they were making was "The Life of Moses", 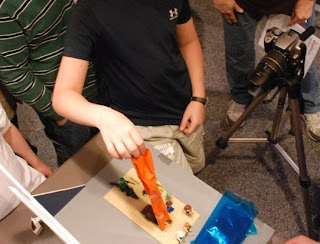 and everyone got to make a chapter. Many patient parents participated and helped the kids work out the details to make it all come together. Getting cameras set up and angled correctly,
getting the teams working together so that each person moved their pieces accordingly, having as much fun as possible, those were new challenges to many of us! 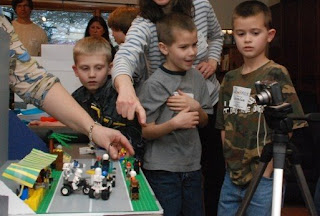 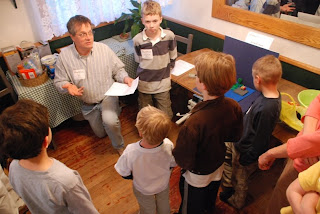 Our group had, "Selected Plagues". Which included Moses staff turning into a snake, the plague of frogs, hail and the Israelites leaving Egypt. 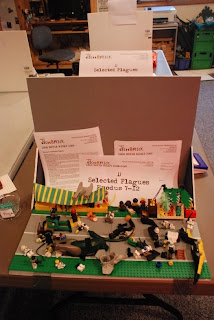 Then at the end of the production time, two of the older girls, and some good software, 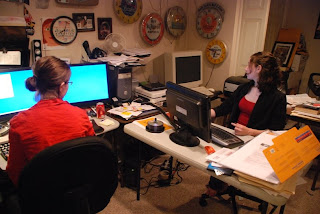 put it all together and we got to see how it came out.

And here is the result:


The boys had a blast and the kids that were there were just a bunch of awesome people!
I am hoping to be able to get John and Brendan on a team this year. They would enjoy it, and they would really learn a lot!
Posted by Jennifer Merkel at 6:32 PM

HAHA, was that a dinosaur in the burning bush scene?

I loved it! Giordan made a Lego movie last month and is still editing it. I will send the video when he is finished with the voice overs (which could be in a year or two, knowing Mr. Melancholy- "gotta have it perfect" ). I wish the boys lived closer so we could do this together. I like the idea of working on a team and getting it done in an evening.