Probably not a Nobel Candidate

Just saw THIS article on FoxNews: 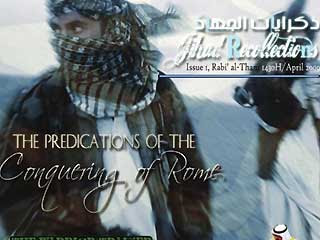 It's been called Al Qaeda's "Vanity Fair," a new English-language Internet magazine called "Jihad Recollections" that focuses on the terrorist group, its founder, Usama Bin Laden, and how to commit jihad. It also predicts the demise of the United States.

“This is designed for Americans,” says noted terrorism expert Steven Emerson, founder of the Investigative Project on Terrorism in Washington, D.C., and author of the book "American Jihad: The Terrorists Living Among Us."

Posted by Jennifer Merkel at 12:31 PM