Well, here we are at the beginning of a bright new year with so many possibilities!

We have nice new calendars, journals, ideas. There are great expectations galore on the 1st day of any January.

God willing we will pay off the house. We will have a 25th Anniversary. The Ravens will win the Superbowl....every year....

I really, really want to do a better job of recording our lives, for posterity as my sweet Mom used to say.

A few words about the weather, what we are up to and a picture or two. It shouldn't be that hard.
As I read through Grandma's journals I keep thinking that all of that day to day stuff that seemed so mundane during those years is really priceless now, so I want to do better for the sake of those that will come in the future.

So, on that note I am going to start today, with the fresh new year and a fresh new Blog theme.

Have to figure out how to get a picture into that thing....

Anyway, today is a gorgeous day, even though it's a bit chilly. The wind is blowing so it feels colder, but it is in the mid-40's.
I went down to the water to take pictures today. I wanted to get shots of the four bridges. We have the Amtrak rail bridge, the Hatem bridge, the CSX rail bridge for freight trains, and the Tydings bridge further up the river. I was able to get some pictures of all four of them from the pier at the end of a street downtown. 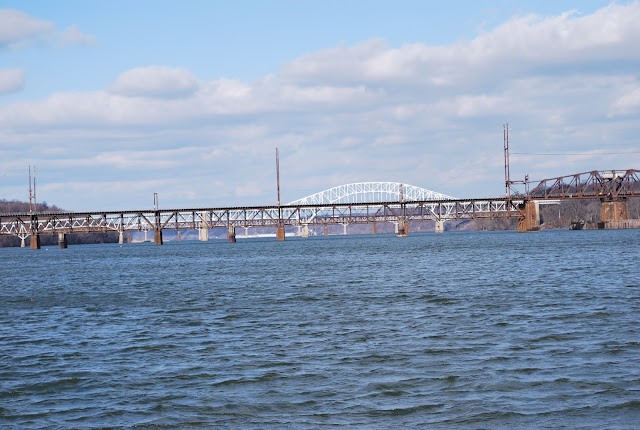 It's hard to see the fourth bridge but it's there!

Tim is hard at work on the bedroom. I have a previous post with photos of the project but it's looking better all the time!

Today is Dad's Birthday! He is 79, and doing great! We expect to see him here around the 10th of this month, weather permitting. He is going to be in his motor home and he will be staying in a park down on the Bush river.  He plans to go with us on the March for Life. 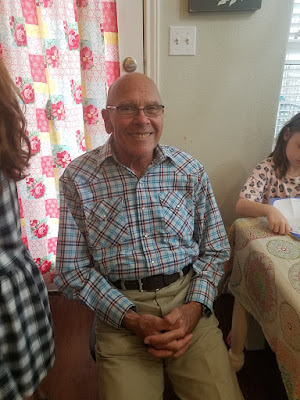 All the boys were out last night and Paul just got home from a friend's house.
Brendan had to be home last night because he had to work this morning at Weis.
John and Clare went to Annapolis and I haven't seen him yet. Not sure when he got in.

I'll add a bit after dinner, I need to go see about that now.

Posted by Jennifer Merkel at 2:15 PM